Cycling Without Age uses the term "trishaw" to describe the tricycle they use.  The Montreal Bicycle Club however has a tradition of using  19th century terms such as "Wheelman" rather than the more modern "Cyclist".   We searched for a more appropriate name for our new tricycle, one that did not have the historical baggage associated with a rickshaw.

Fortunately the inspiration for the name the name was right out in front of us! It even inspired a Toastmaster's talk on the subject. 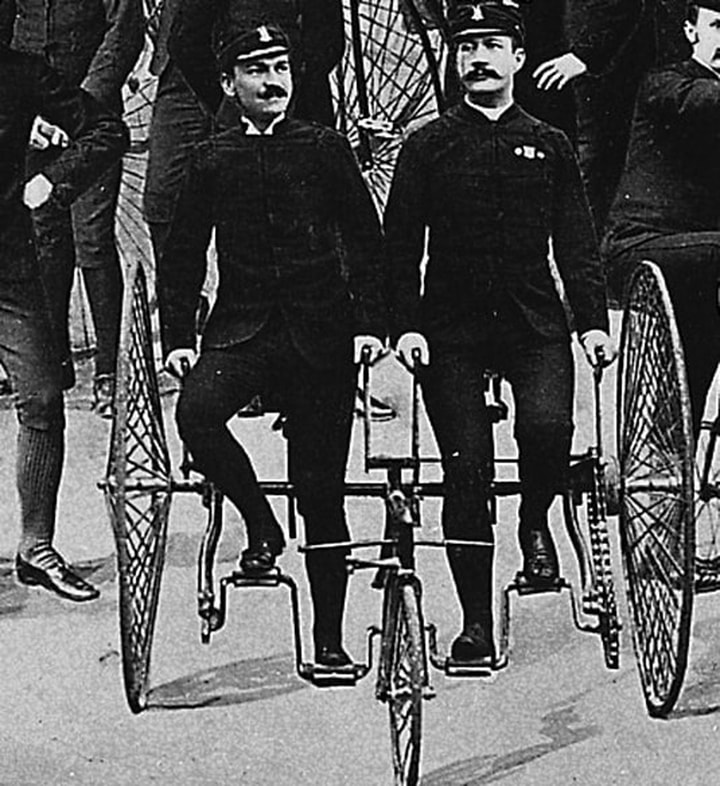 The Sociable Tricycle from the 1885 Montreal Bicycle Club Composite Photo
From Outing & The Wheelman: Feburary 1884, it appears that the club purchased this Sociable sometime in 1883.  The MBC minute book archives are missing years 1883 & 1884 so we cannot confirm exactly when it was bought. 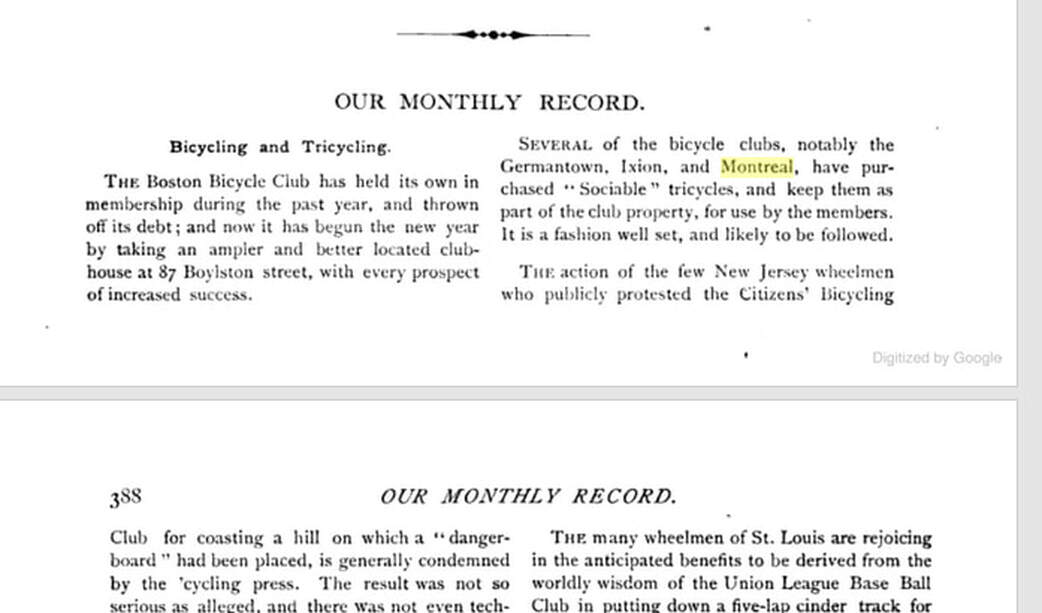 Outing & The Wheelman: Febuary 1884 page 387
Advertisements for Sociable tricycles appear in the Canadian Wheelmens Association Journal  as early as April 1884. 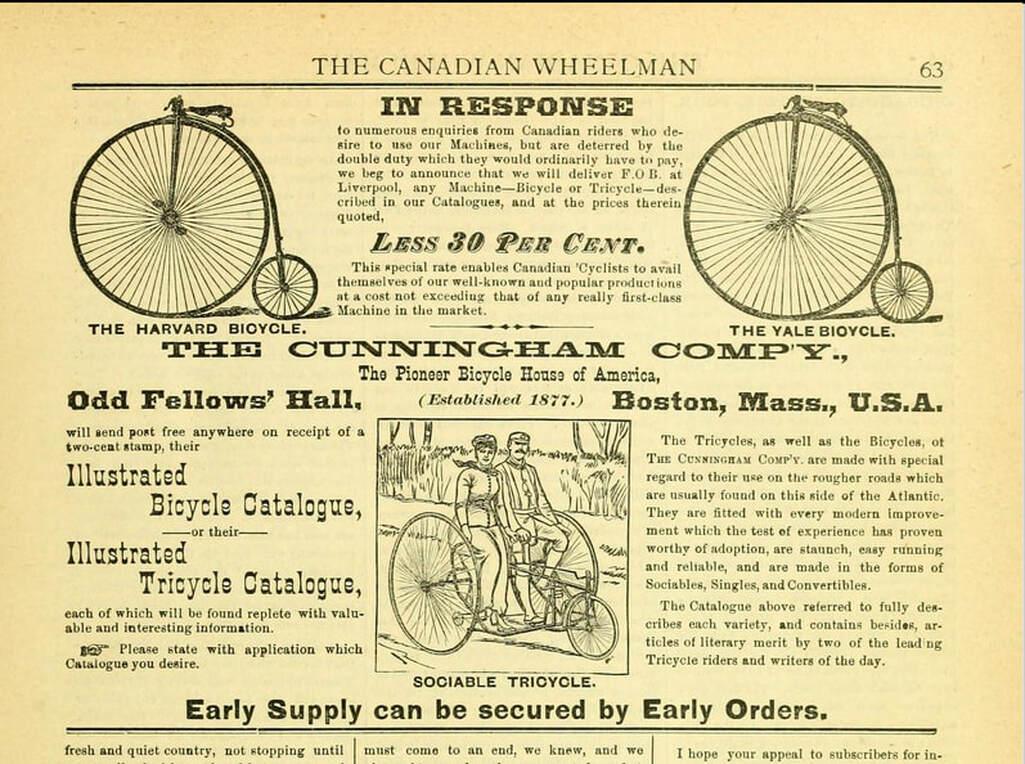 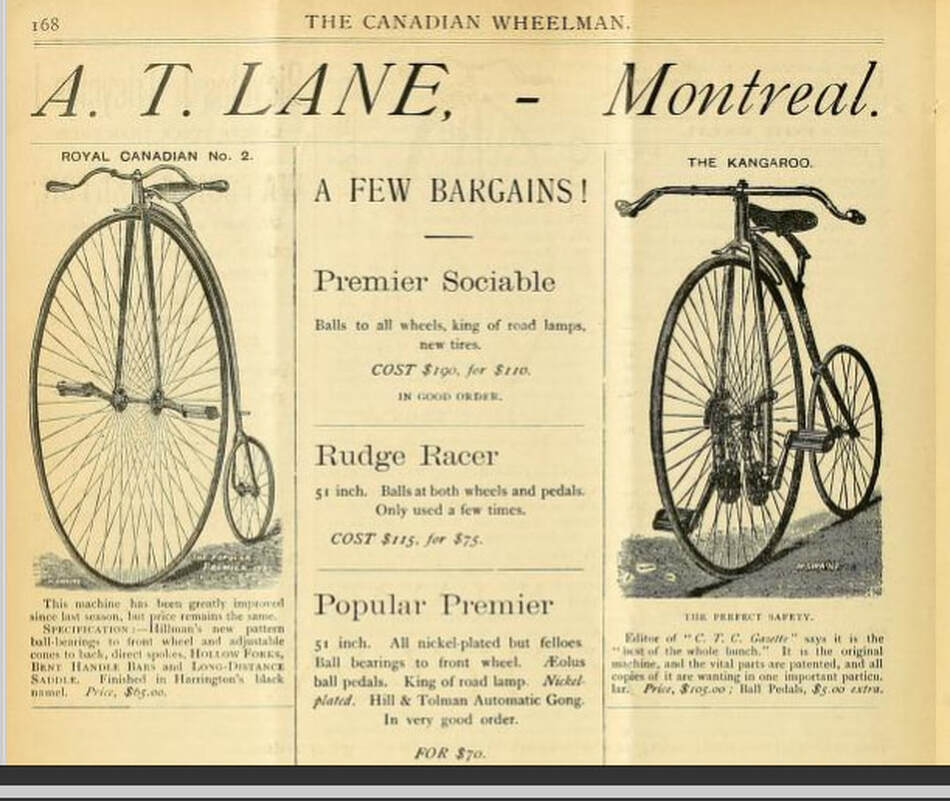