1 January Executive Meeting and Walk along the Falaise 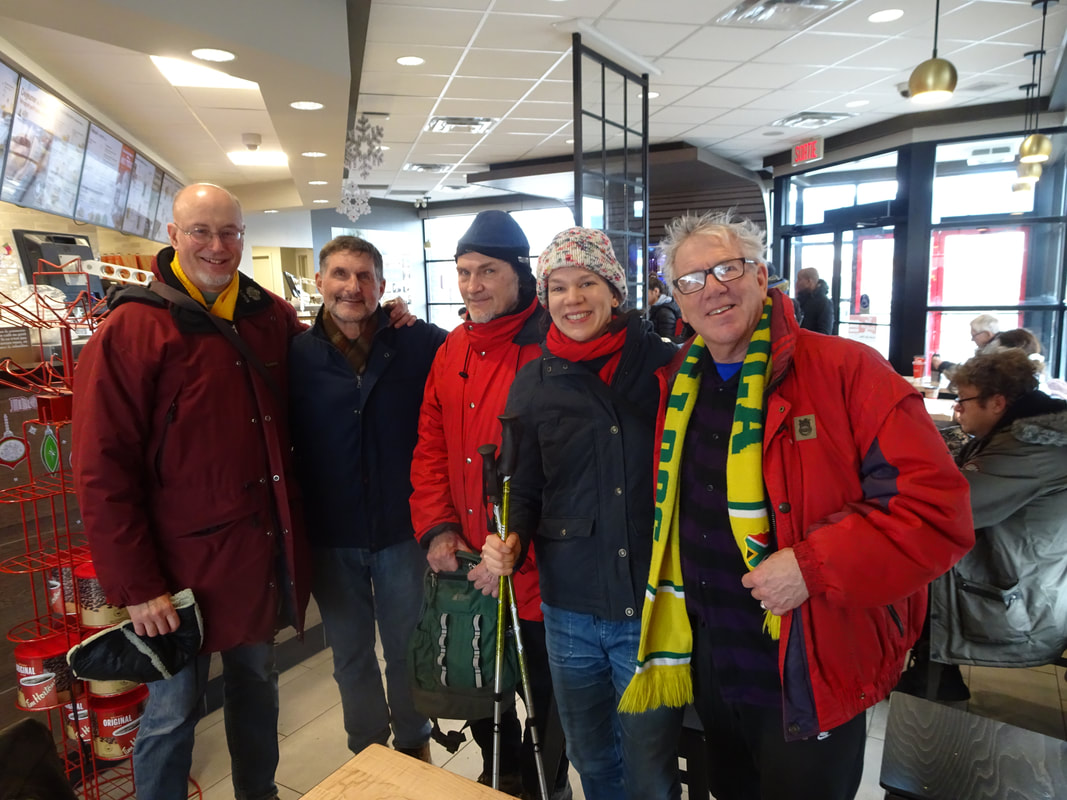 A short Executive Meeting was held to discuss the planned events of the new year.  The following resolutions were passed or discussed.

1.  The club will now attempt to have Fixture events during the winter season,  If road conditions are not amenable for cycling we will a try another sport such as cross country skiing on Mont Royal.  Wednesday will be the default day for Fixture events.  The Fixture calendar will contain the details for each upcoming event.

2.   Last year we had a Spring Excursion ride from Pittsburgh to Washington DC.  It was suggested we continue that route as a ride from Washington to Montreal in 2019.  This will be discussed further.

3.  The promotional effect of having the MBC jerseys available for sale online was also discussed.

Following the Executive Meeting we joined other members and well wishers at the hole in the fence  for the annual New Year's day walk along the Falaise. 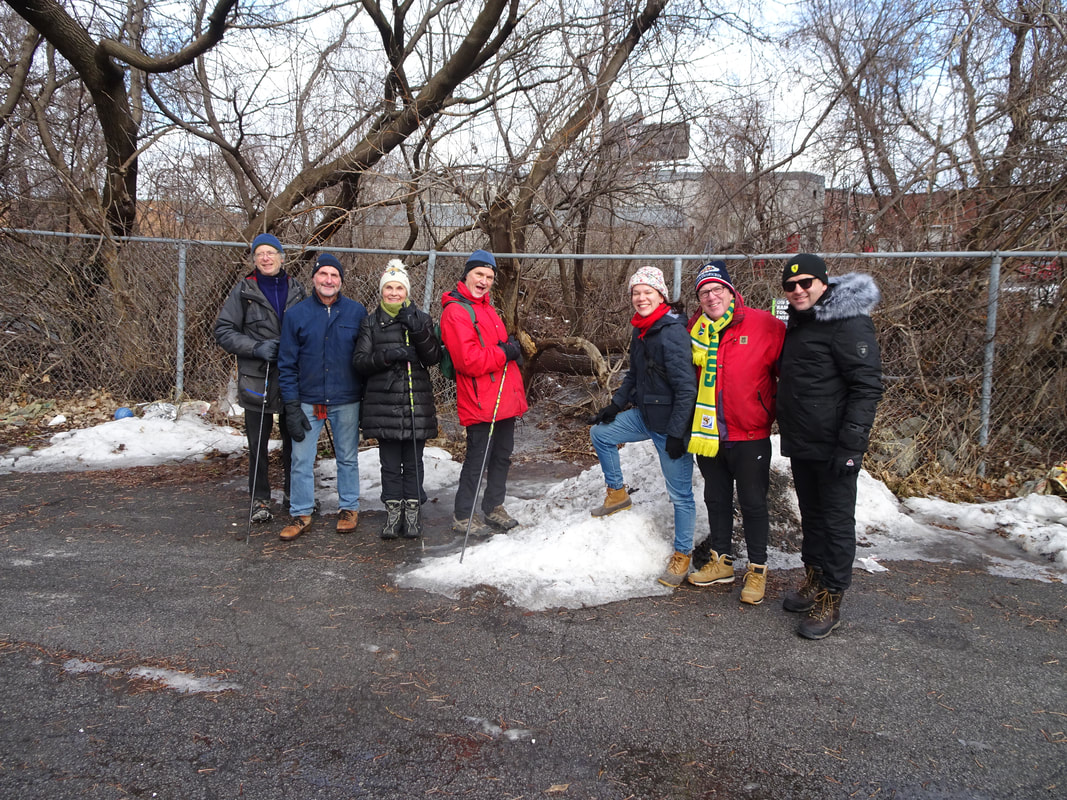 Very little in the way of snow this year, yet the path could be very icy. 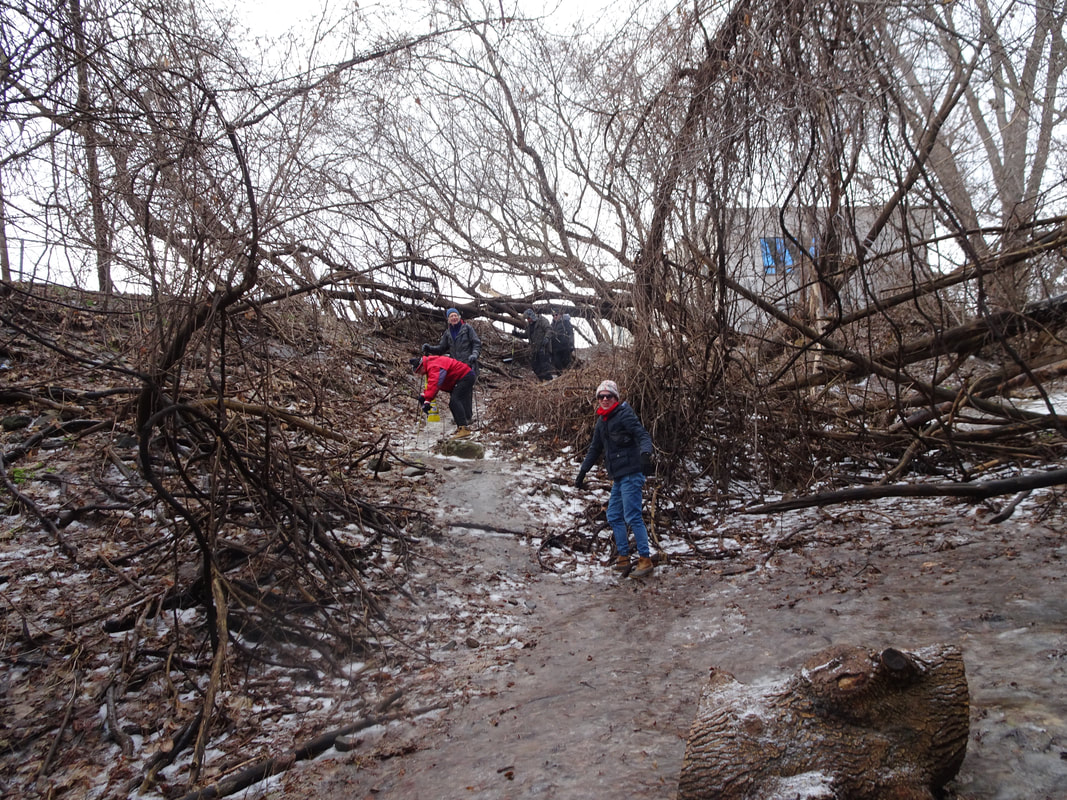 Some were far more prepared than others. 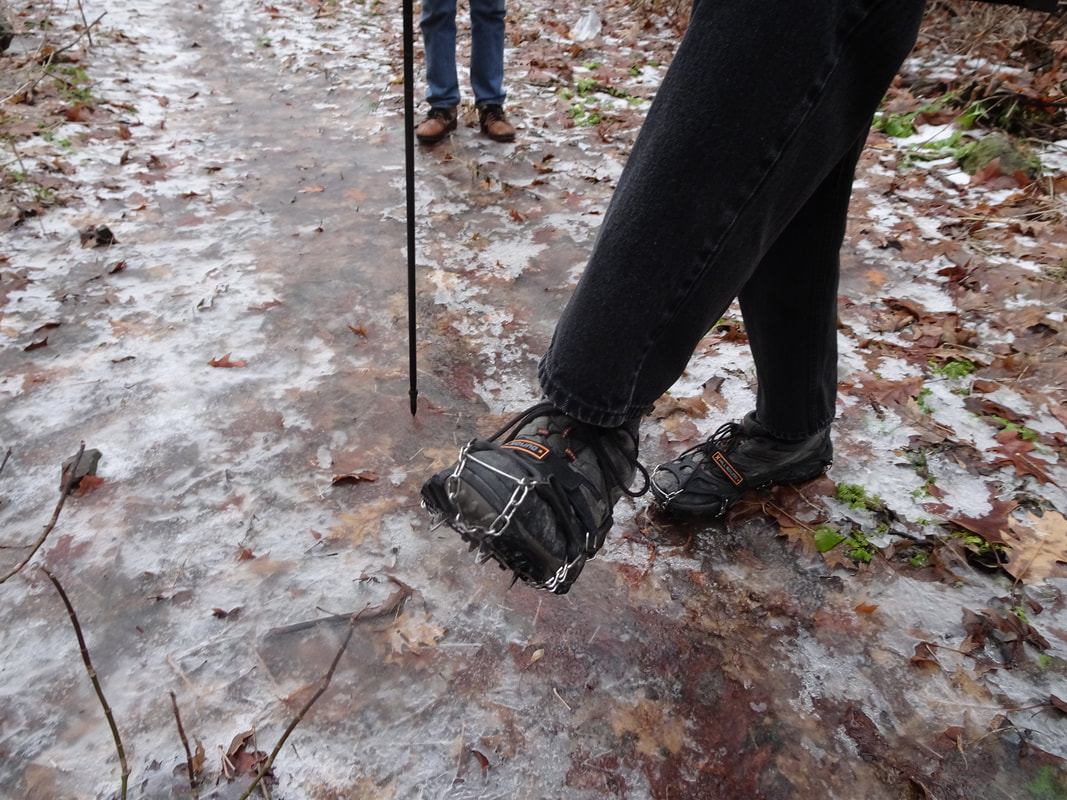 Some interesting new finds could be found along the path.
As always,  a walk along the Falaise generates a lot of discussion about the future of Montreal green spaces. 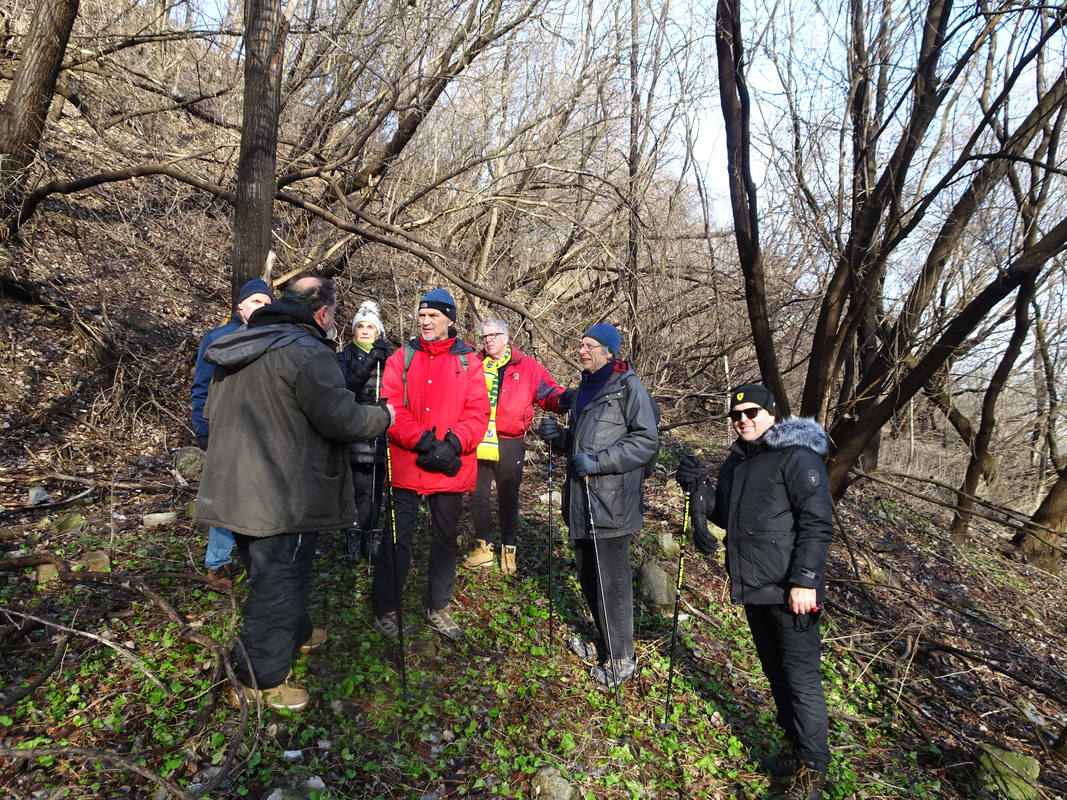 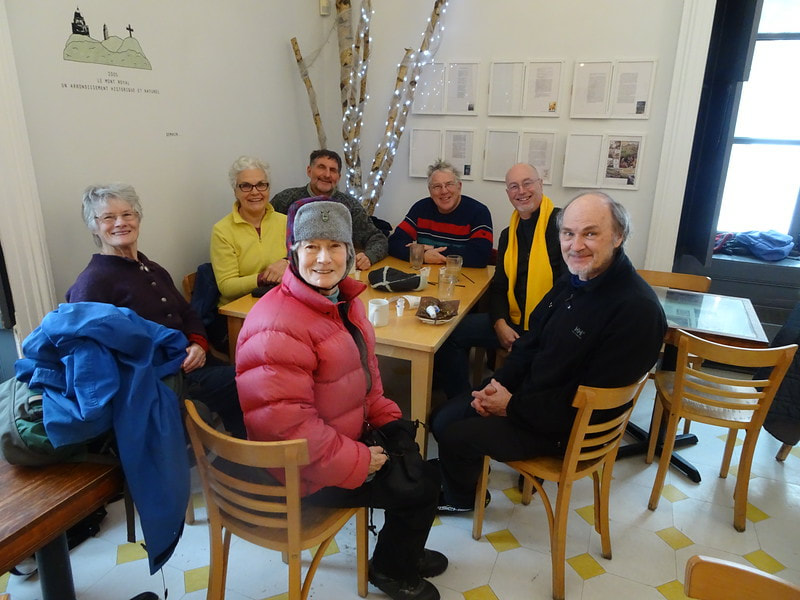 The club met for what we hope will become a regular seasonal event, a winter ski outing on Mont Royal.  They gathered at Smith House, then headed out for some outdoor exercise. 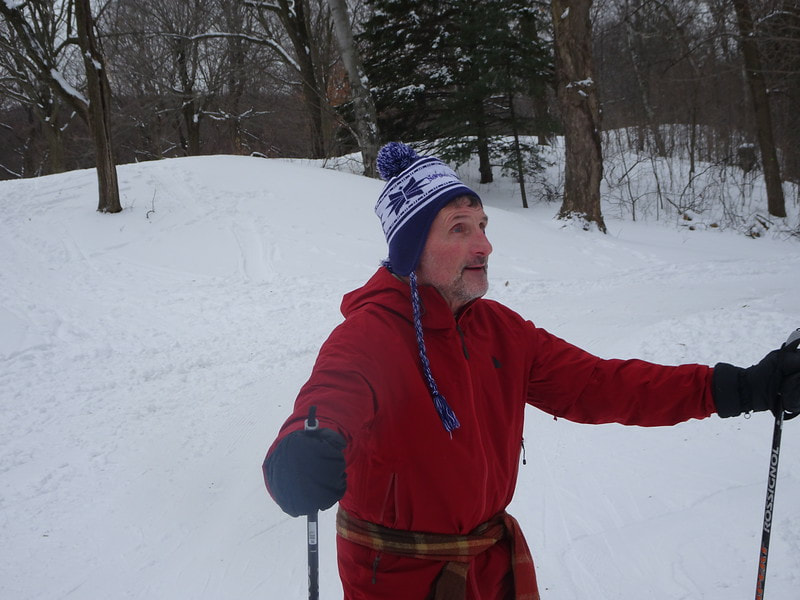 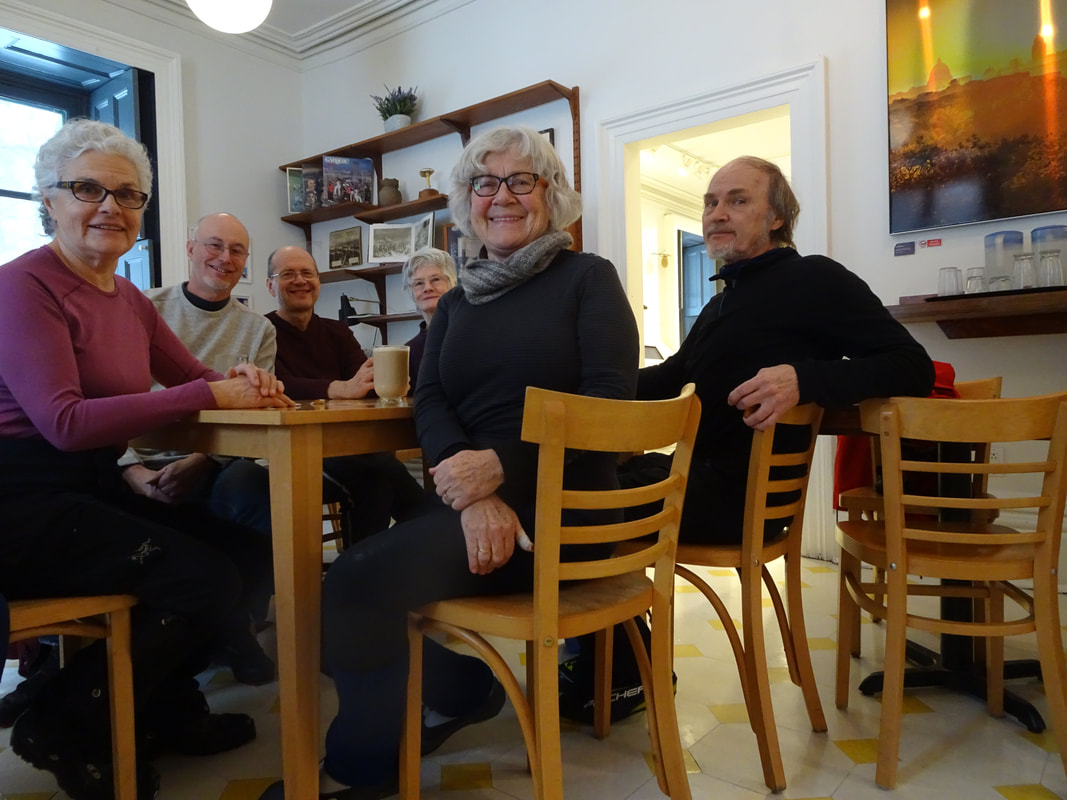 Indications are that this will become a regular event. 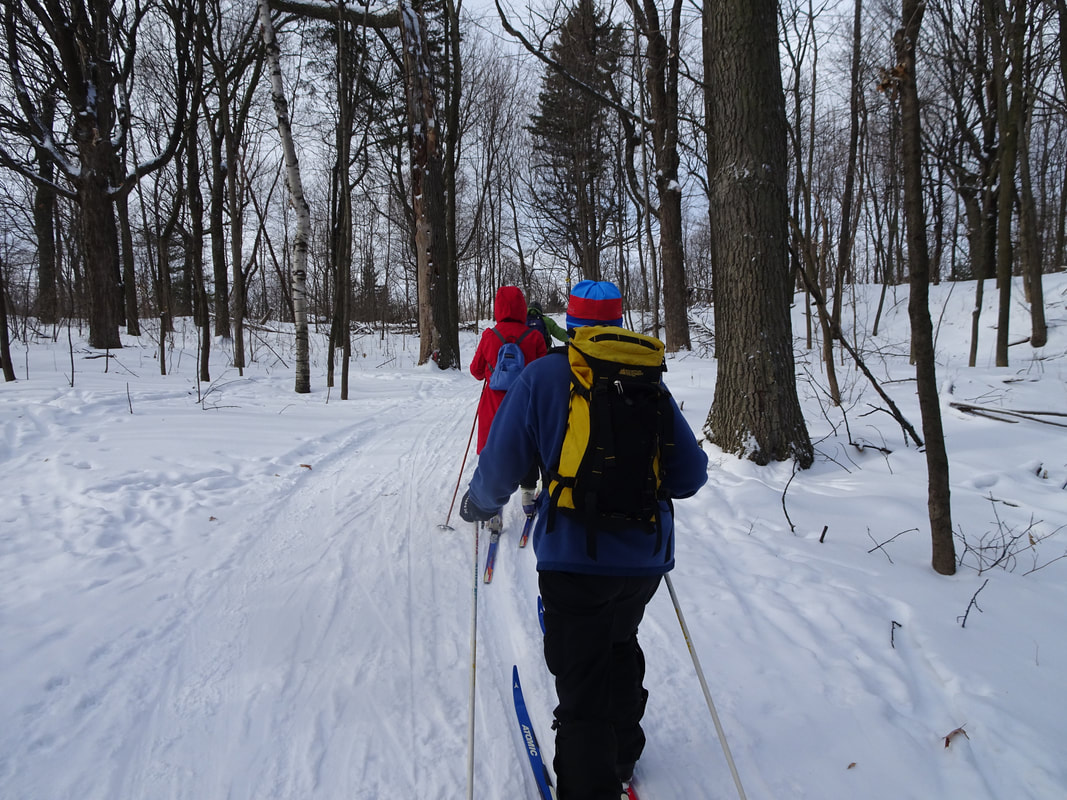 None of the members reported braving the cold on Mont Royal Saturday, however Tibby had good conditions for a ski within Westmount on Sunday 20 January.

Today was one of those rare winter storm days within which it is possible to ski the neighborhood.    So beginning on Lewis I skied laneways over to Prospect Park, sidewalks along Dorchester, Greene, de Maisonneuve, Sherbrooke, Cote St Antoine, up into Murray Hill, down the western edge, down to Sherbrooke again, a pleasant loop around Westmount Park, and back again to Lewis.   Never once needed to take off the skiis.   This is what every civilized Nordic city should have, a set of winter-long ski trails that interconnect parks and greenways.
23 January Skiing on Mont Royal 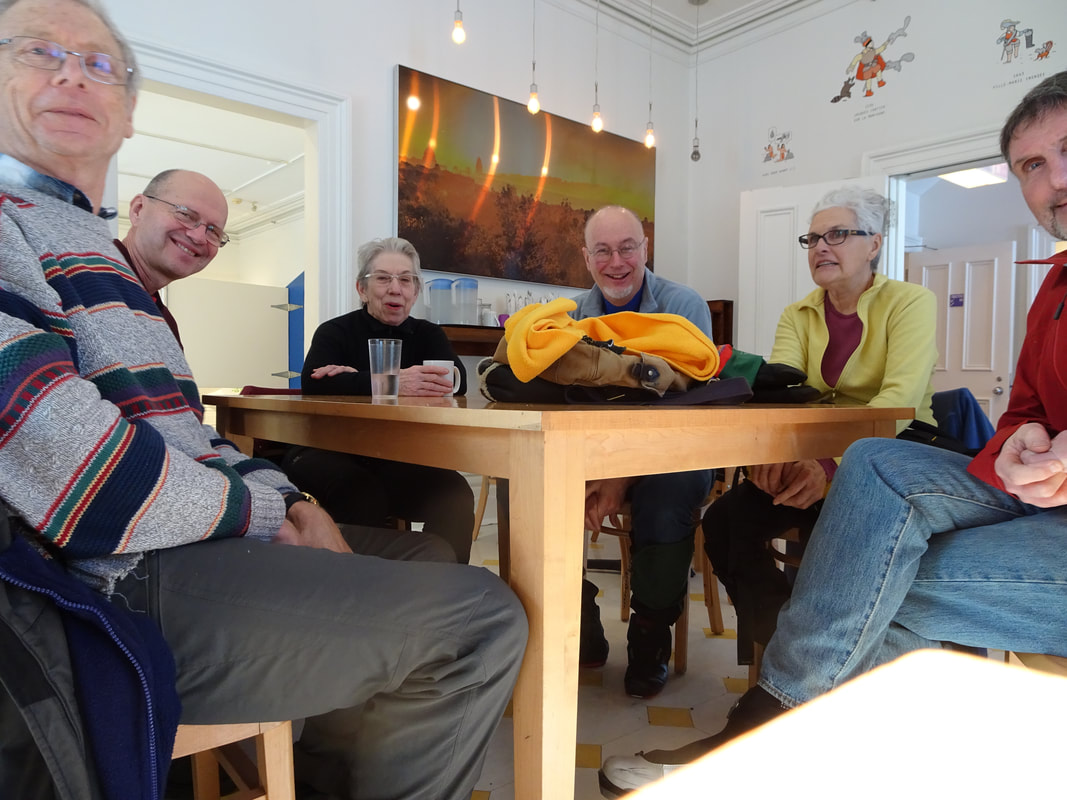 After a bit of discussion about the planned spring excursion, the members headed out for another day with perfect snow conditions. 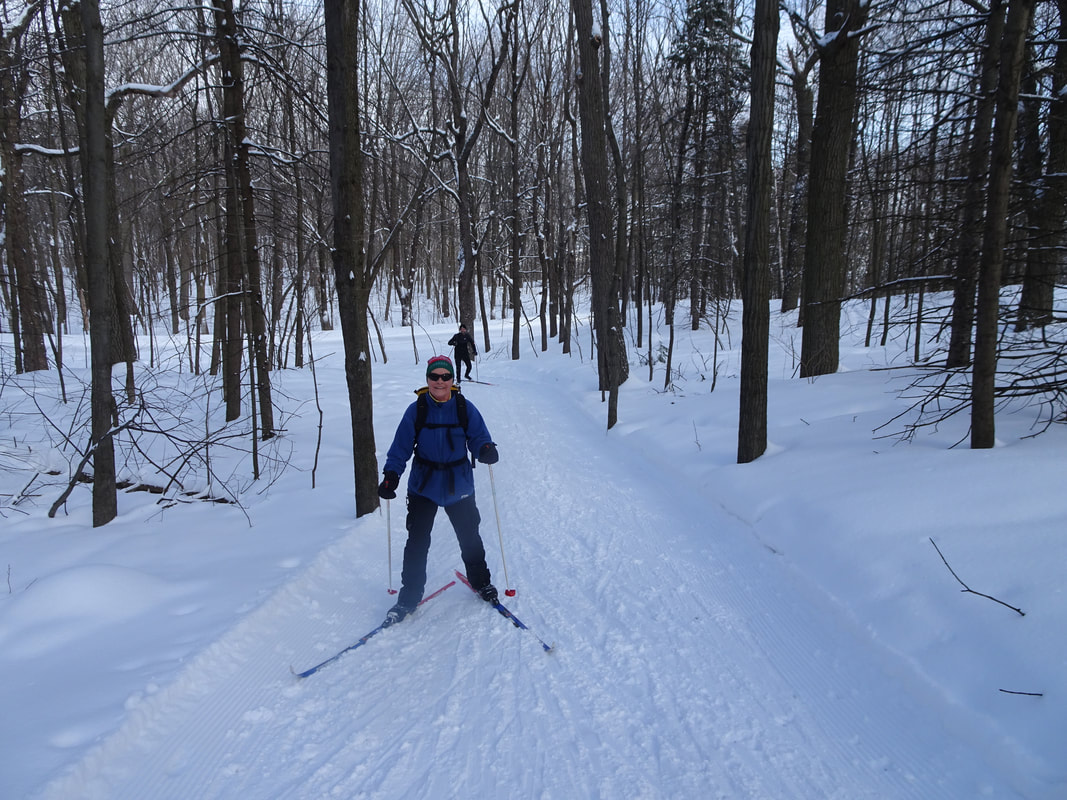