Change was about to come to the High Wheel era in Montreal. Despite its fine clubhouse downtown, the Montreal Bicycle Club lacked a dedicated quality track for cycle racing.  In 1887 the Lacrosse grounds was sold and the following year the MAAA grounds, began construction. 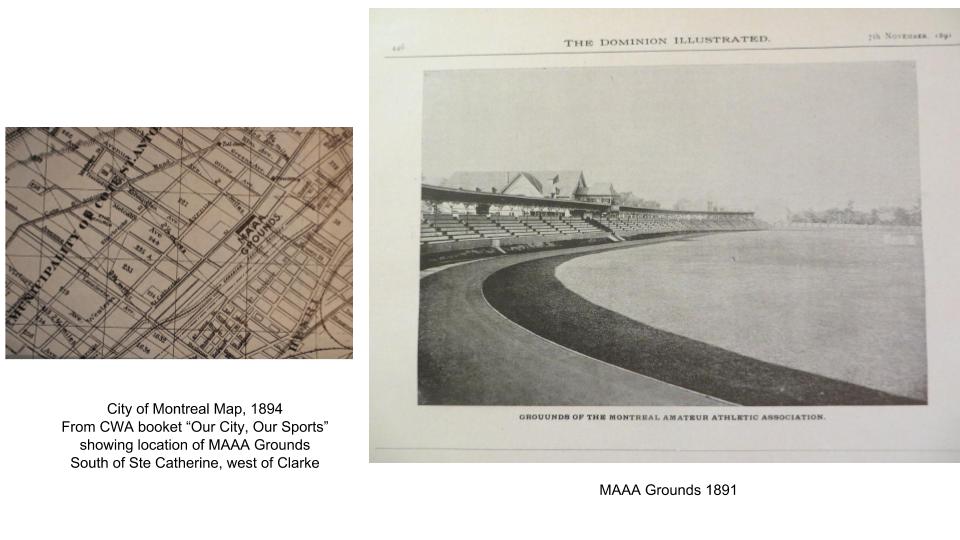 The grounds had a banked cinder track which would permit better racing times, a state of the art electric timing system, and viewing stands for 3,000 people. When it was built, it was perfect for the track racing component of the club. 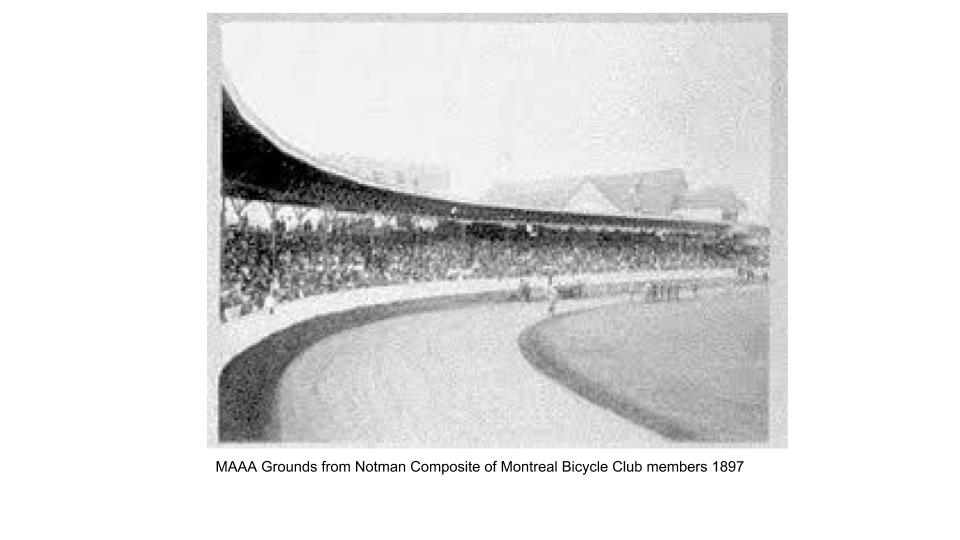 The only access to the track was via the Clubhouse fronting on Ste Catherine Street. Today the Westmount High School occupies the former Clubhouse and the viewing stands. 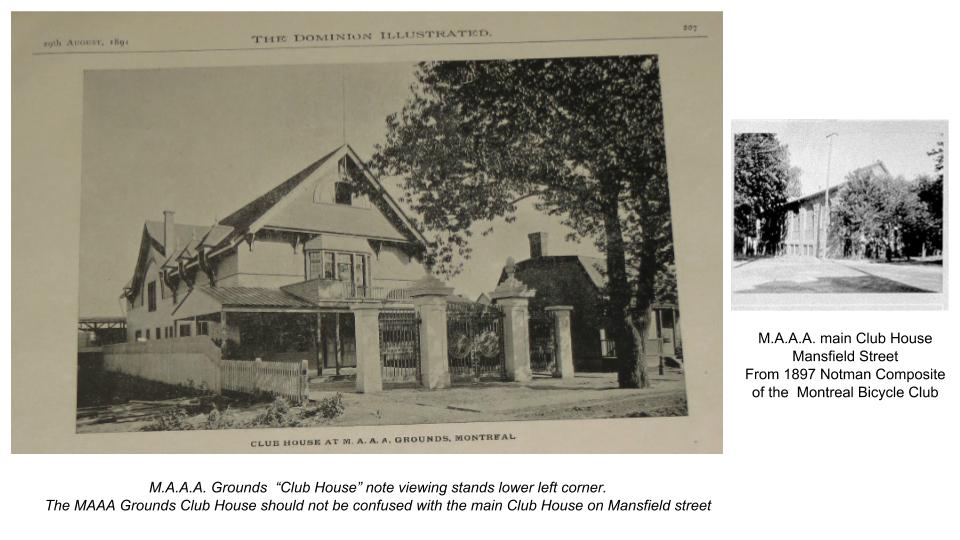 The present Westmount Athletic Grounds  track is in the same location as the original Montreal Amateur Athletic Association Grounds track. 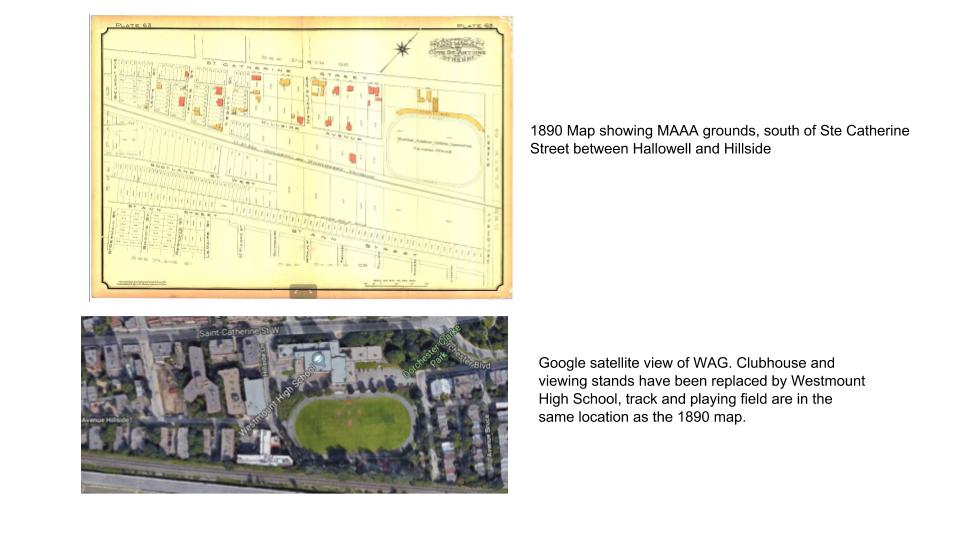 On August 30, 1890 the Montreal Bicycle Club held their first series of high wheel bicycle races at the MAAA grounds, inviting racers from the New York Athletic Club as well as various racers from across Ontario. 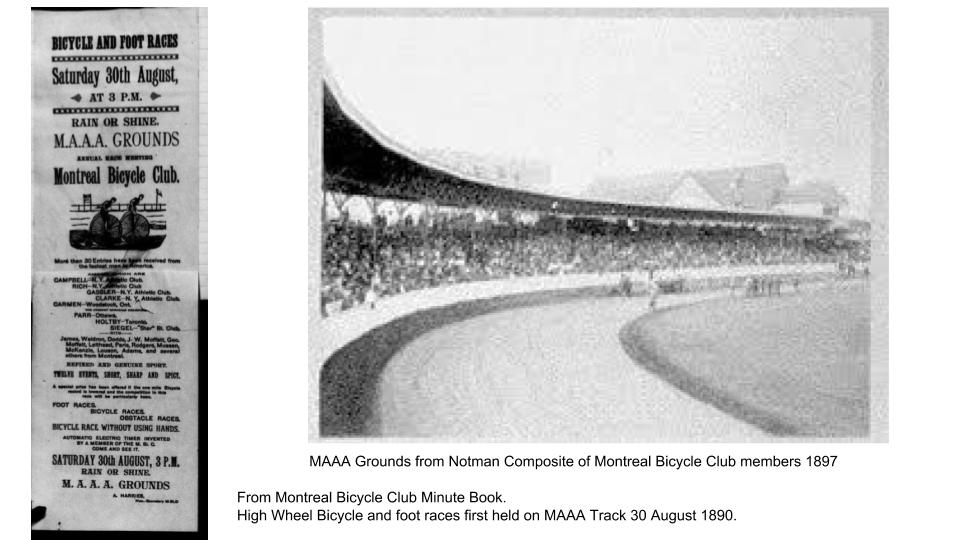 When the MAAA grounds opened in Westmount, the modern safety bicycle with two equal sized wheels, chain drive and pneumatic tires did not yet exist in this city.  By 1891, the second year of racing at the MAAA grounds, separate categories were held for Ordinaries (as the High Wheel Bicycle began to be called) and Safeties.  The Safety Bicycle, which roughly coincided with opening of the Westmount grounds was revolutionary all over the world. 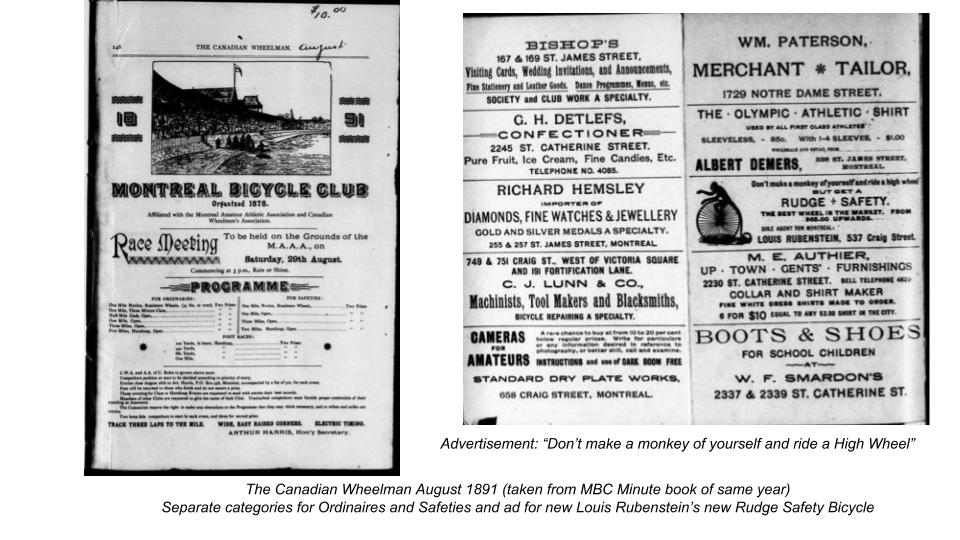