A.T. Lane took the train to Belleville then cycled through the town continuing on to Trenton.
Searching for The Waterfront Trail, which lived up to it's name particularly well in places.
Upon entering Prince Edward County, the Waterfront Trail becomes the Millennium Trail and is improved, yet the countryside is still marshy.
It can be difficult to find a Cafe near the Trail that is open on Tuesday.
In general the \Millennium Trail is pretty good, yet some portions are consist of loose gravel that is very difficult to cycle. 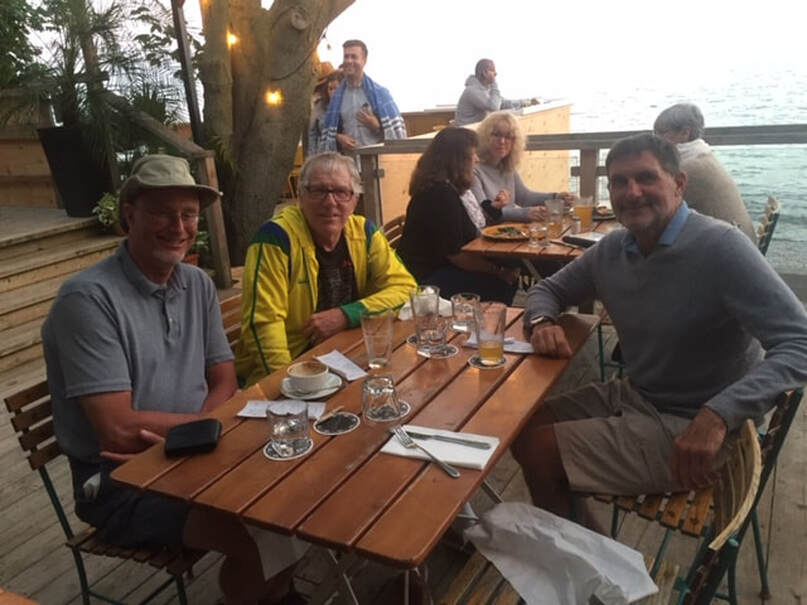 Upon arrival at Wellington, the MBC members  met up at the house with a horse with no name, and swans outside the window.  They proceeded to have dinner.
The following morning, after a quick check of their steeds, the members again headed out on the trail.
Posing for pictures and checking out the cafe scene in Picton.  They continued on to Glenora  and waited for the ferry.
A.T. Lane took the ferry and pedaled on to Kingston  along Hwy 2, a road that varies in terms of bicycle friendliness.
While waiting for the train with his folding bicycle A.T. Lane spoke to a woman who was boarding with an electric unicycle in tow.