The next development in the bicycle was the addition of pedals which was first done in Paris by a French  blacksmith Pierre Michaux in the early 1860’s. 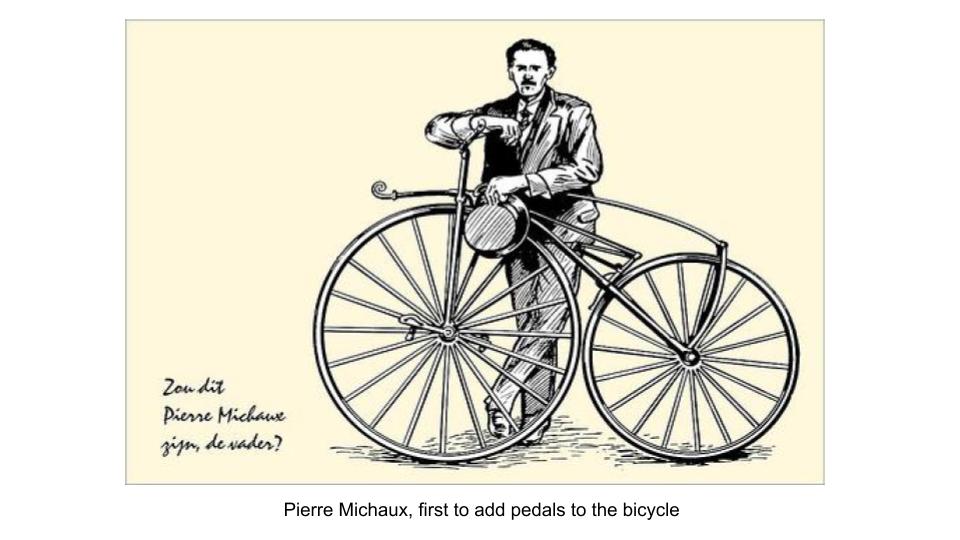 This machine became known as a velocipede (hence the french word velo) and again riding schools became popular.  By 1869 there were at least five such riding schools in Montreal as seen in the Montreal Evening Star.  One of its articles that year was entitled Velocipede! Velocipede! In which it was reported;

"In April  the "Grand Velocipede Masquerade" was held at the Drill Hall Rink to the tunes of the city's 69th Regiment Band and attracted between forty and fifty riders. Among the highlights was a one-mile race, demonstrations of "fancy riding" and an exhibition on two and three wheeled machines by Boston rider Miss M.J. Frothingham.” 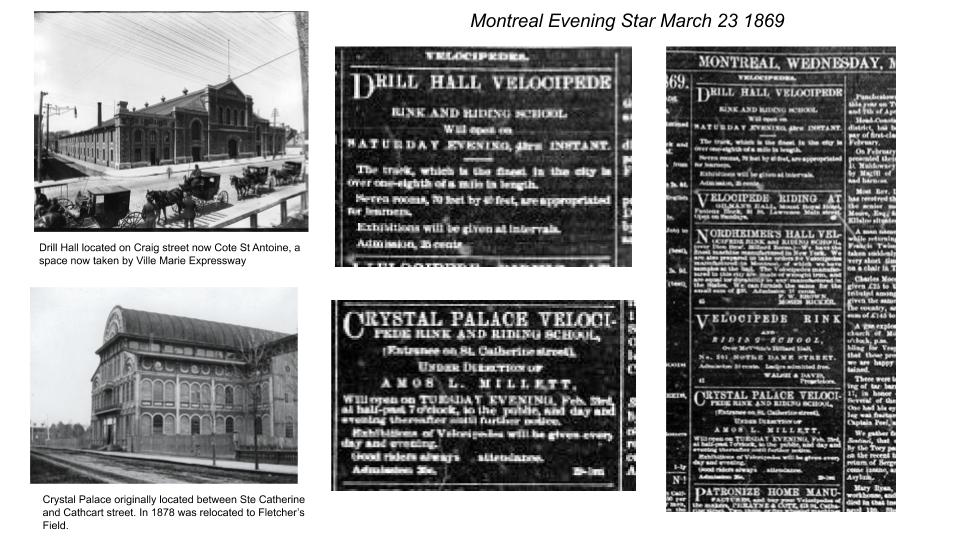 The Velocipede was still a heavy, slow, machine barely faster than walking.  In order to improve it what was needed was a way to build stronger, lighter wheels.