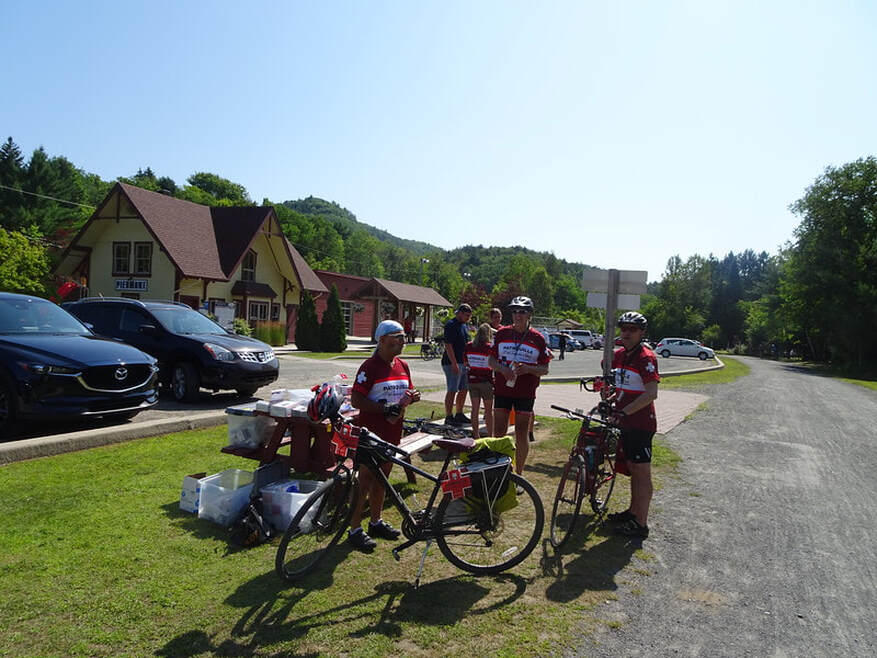 They headed out, passing rivers, art installations, railroad stations and trail patrolers.
More rivers and trail, then a moose beckoned us for lunch.  Val David is the club's northern limit for a day trip on the P'tit train, from there on it becomes a multi day excursion.
North of Val David, they found there are more rivers, more trail, and more train stations.  The rear wheel on A.T.'s bike developed a mysterious slow leak and we took the opportunity to test the tools and pumps provided.
Upon reaching Mont Tremblant, we tasted the local micro brewery products before retiring for the evening.
3 August, Top Half, Mont Tremblant to Mont Laurier
Present : A.T. Lane, & Dorothy Cole  Minutes by A.T. Lane
Distance cycled 127.8 km
Route
The town of Mont Tremblant offers varied scenery, residents and places to stop.
But we continued on, through Labelle.  Especially well known within the cycling community, Dorothy again met someone she knew as well as passing by white water rafters whom we did not know.
Coming to Nominingue, we searched out for the best food before taking note of some large snapping turtles.
After a long cycling day we reached Mont Laurier, and took a rest.
4 August, return to Montreal
Present : A.T. Lane, & Dorothy Cole,  Minutes by A.T. Lane
Distance cycled 20 km 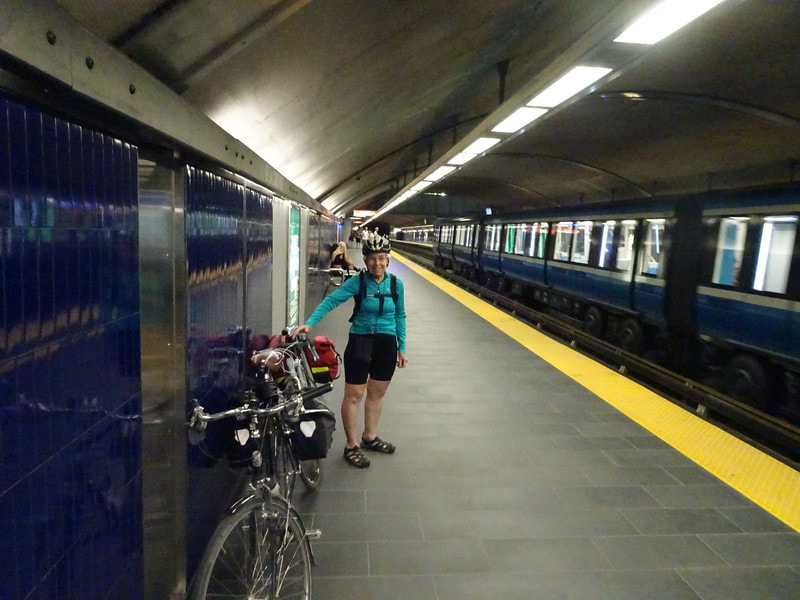 The next morning in Mont Laurier, we chatted with the local patroler while waiting for the autobus.  Most cyclists seem to take that bus to Mont Laurier then head south rather than the direction we had chosen.  After returning to St Jerome, we had a short cycle to Blainville before taking the train to the Metro.