1 April Fixture Ride Around the Mountain to Angus Yards

The members met at the Shaika Cafe in NDG, after much trepidation the overnight rain cleared,  and the weather changed to a bright sunny day. However it was still cold about (1 deg C) and rather windy.  The upcoming GAP/C&O ride from Pittsburgh to Washington in April was mentioned, with Karl Kron able to give a first hand account of his trip along the C&O towpath portion in 1881. ( Online version of Ten Thousand Miles on a Bicycle starting on page 239 "Along the Potomac" )

Two new Sobriquets were added to the club roster, the above mentioned Karl Kron and C.J. Sidey, both of whom eagerly added there names to MapMyTracks as well.  Welcome Aboard!!. 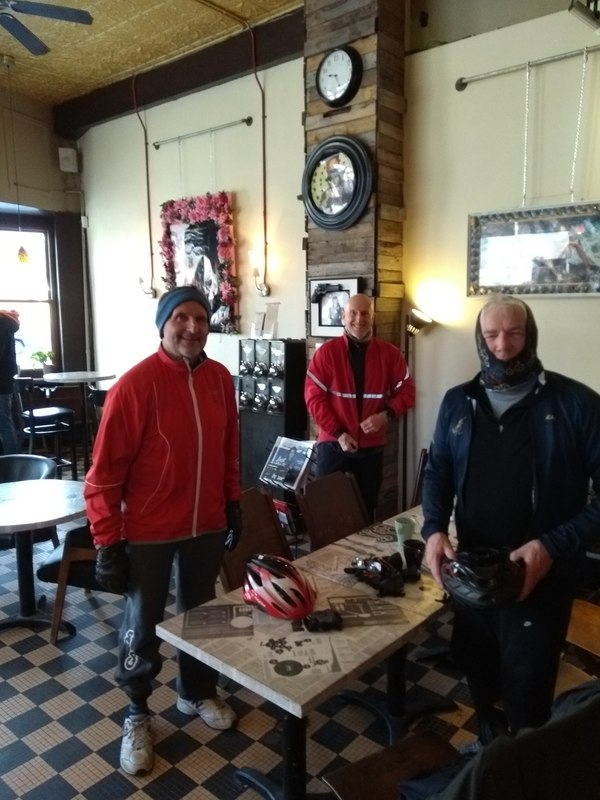 Karl Kron, C.J Sidey & Louis Rubenstein prepare to leave the Shaika Cafe and head out on the ride.
The group headed north on Girouard Ave, continuing in that direction until north of the Mountain then turned east, ultimately ending up at the Angus Yards, a former Rail Locomotive factory, where they stopped again for coffee. 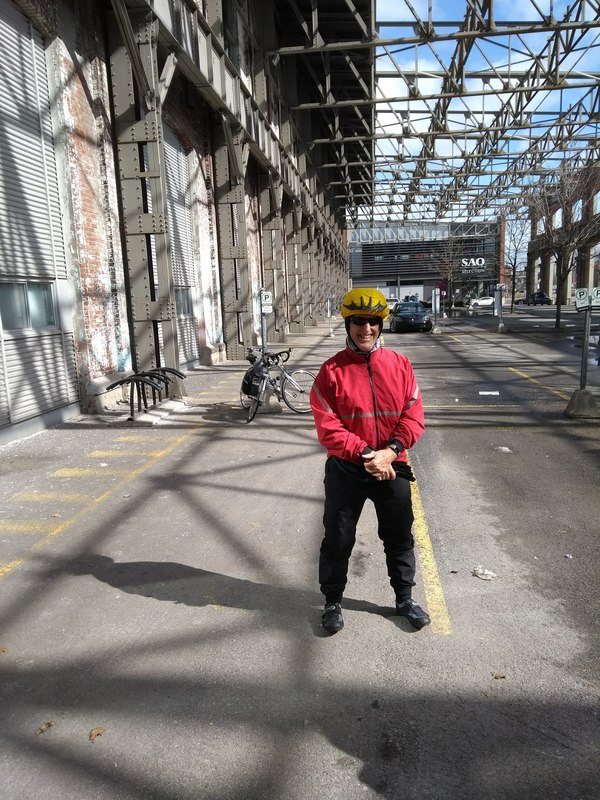 After that pause the group headed home again passing through downtown Montreal and looking at  some new art work near Quartier des spectacles. 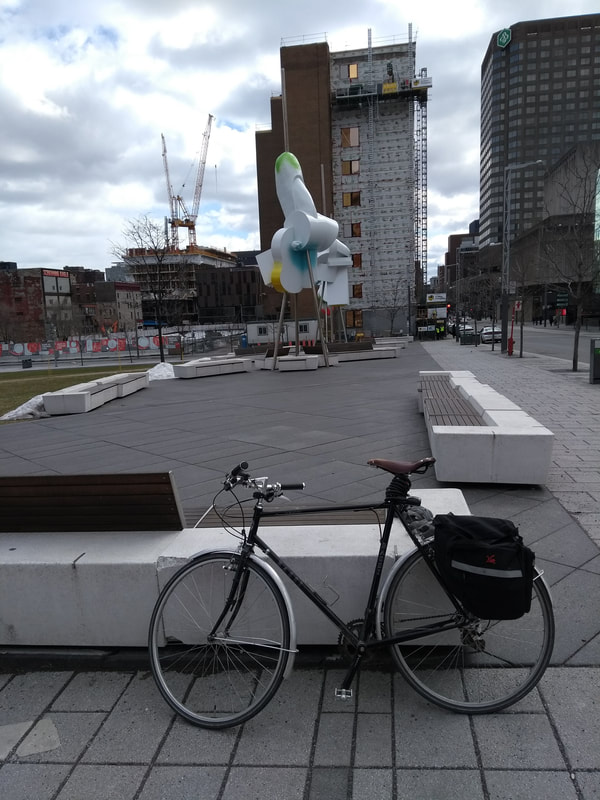 The members finally met at the Shaika Cafe after a delay of a few days caused by bad weather. They rode to Marche Centrale to exchange panniers at Mountain Equipment Co-Op.  After checking them out in the parking lot, they had some hot dogs at Costco.  On the return trip home AT Lane paused for a photo at the Westmount Lookout. 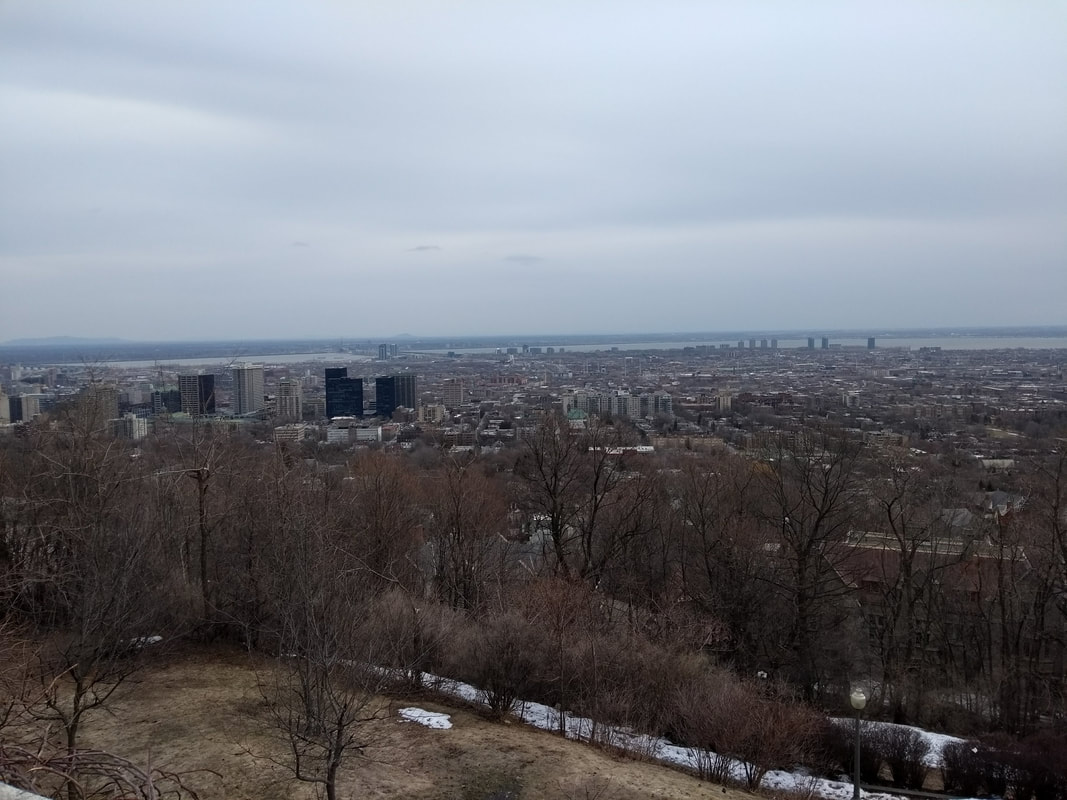 8 April Fixture ride and hike along the Falaise

The members met at the Shaika Cafe, taking a short ride through NDG to Ville St Pierre.   They looked at the housing development which replaced the Consumer's Glass Company  then toured along the new Turcot construction.  Karl Kron also pointed out the location of the first Blue Bonnet's racetrack in Montreal West, it was there in Sept 14 1880 the the Montreal Bicycle Club resolved to join the League of American Wheelmen.   It was also the site of many early bicycle races held by the club.
At 11:00 am they along with two other club members and Sauvons La Falaise all converged together for a hike along the western portion of the Falaise.
11 April Fixture Ride to Île Sainte-Hélène and Angus Yards

The Members met at the Shaika cafe and rode to Île Sainte-Hélène via the Glen, after pausing for a train, and the Lachine canal.  They went to see if the Seaway path is open (not yet) then proceeded along the rowing basin to the Jacques Cartier Bridge and the Angus yards.  After a caffeine refill they headed home, each taking a different path after reaching St Urbain street.
13 April Fixture Ride to Lachine

Louis Rubenstein and CJ  Sidey ventured out on a warmish Friday afternoon to stretch their legs. They began at CJ's residence and headed through Mo-West and down Devil's Hill, past the renovated Lafleurs hot dog/frites place that tempted  them but was avoided.  Thence they headed to the new Du Canal railway station in Lachine where they marveled at the extravagance of the 500 metre cedar deck that was created in order to avoid a 50 metre paved ramp to the train platform, a Stairway to Heaven.  They then rode through Lachine to the Rene Levesque park and back home again.
15 April Fixture ride along Lachine Rapids

The members met at the Shaika Cafe, then rode out to Lachine then to Atwater Market along the Lacine Rapids.  Despite the fact the weather was an unseasonably cold -5 deg C they still managed to view a few surfers in action on the river.
It was decided that Karl Kron and Annie Londonderry will be in charge of the next few Fixture rides in Montreal as some of the members will be away on the Pittsburgh to Washington Excursion.
25 April Fixture ride along Lachine  Canal

Spring weather finally arrived today, much appreciated by the Sunday riders. We biked to Lachine, did the Rene Leveque Park circuit then along Lasalle Blvd along side the Rapids then through the Douglas Hospital grounds to the Viaduct, then back to Lachine. Biking is fun without the snow. 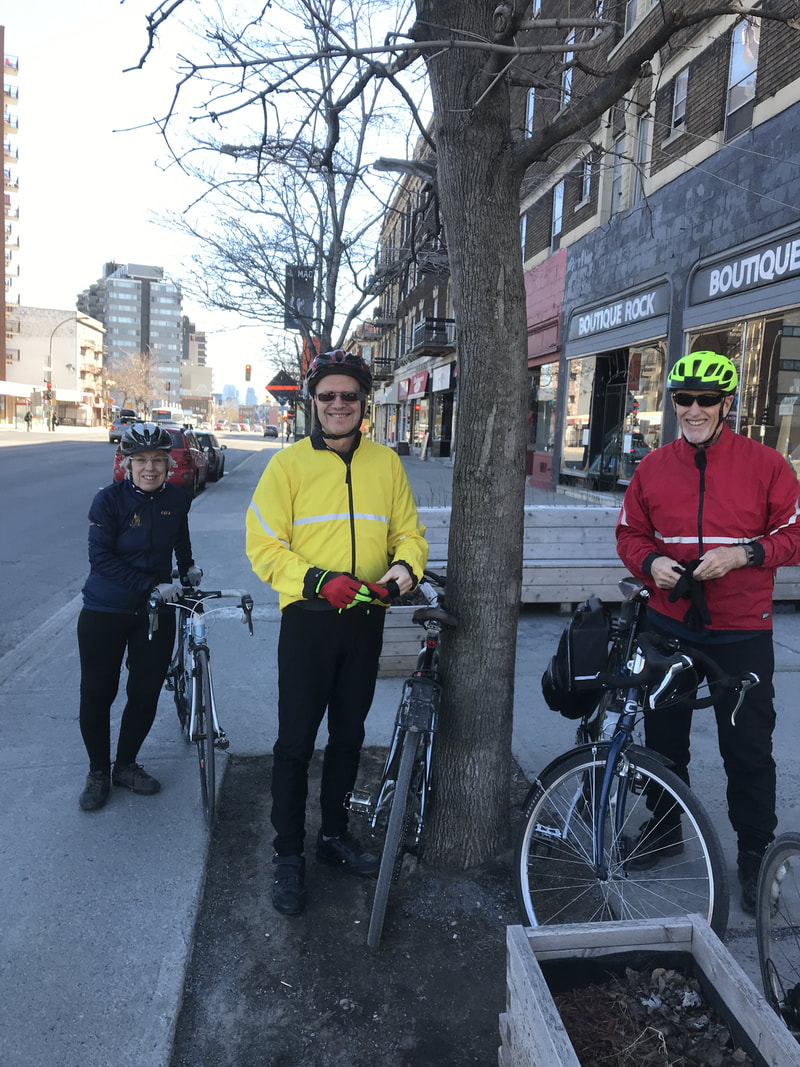 The members met at the Shaika Cafe and discussed the recent GAP/ C&O passage excursion.  They then took a short ride to Montreal Ouest before the rain started. 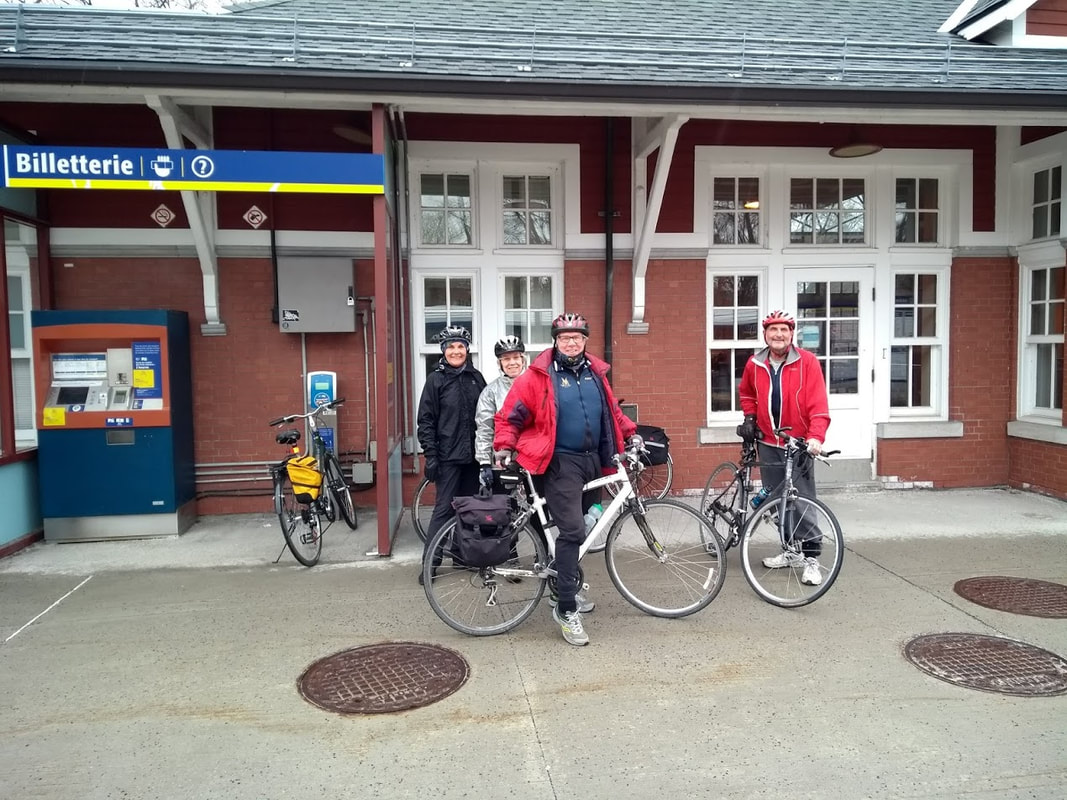