The Canadian Wheelmens Association held an Annual Meet in a different city each year.  In 1884 , the 2nd of such meets was held in Toronto.  The Montreal Bicycle Club sent 25 members, the largest out of town contingent. The following article describes this meet and the election Montreal Bicycle Club's H.S. Tibbs as CWA president and T.H. Robinson of the Wanderer's, Toronto as vice president.  It then gives a description of the opening parade (which had over 300 riders)  and the following races.  Notable participants included H.S Tibbs, A.T. Lane, Dr Doolittle, W.G. Ross and G.S.Low.  It is best read by using this link.

After the Wheelman article is a composite photo of the Toronto Wanderers Bicycle Club from about this time. 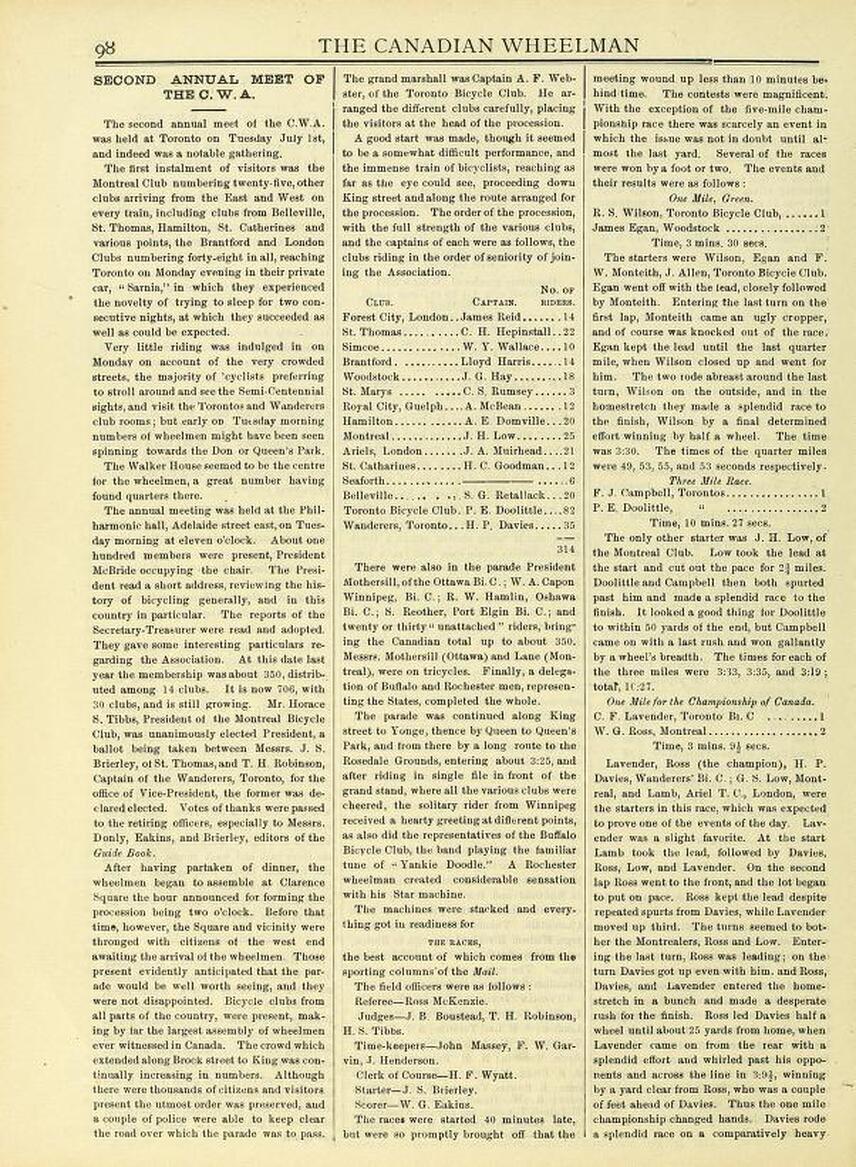 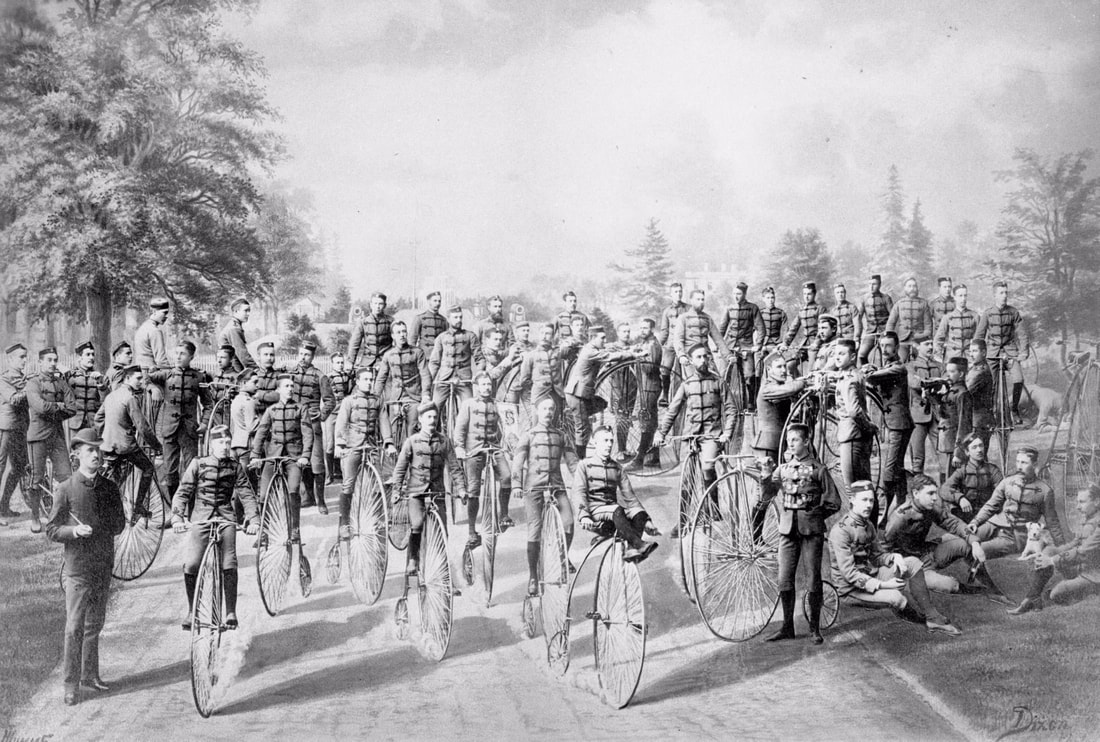 Wanderers Bicycle Club of Toronto
next