October 1 Tour of the South Shore

A.T. Lane and Louis Louis met at the Shakia cafe and cycled to the St Lambert Locks. This was the last Fixture ride for Louis Louis before his upcoming knee replacement as well as the Last Supper of egg salad sandwiches for the Montreal Bicycle Club until he is back again in the saddle with us.
Louis had to get back early so he and A. T. parted company at the Locks, the former continuing along the South Shore to St Catherine. This was the first time he had cycled on this route and ended up at a shopping centre parking lot after being send down some side streets by a construction detour.  However he quickly found his way back, crossing autoroute 15, to the main Route Verte 3, which follows along the south side of the seaway. 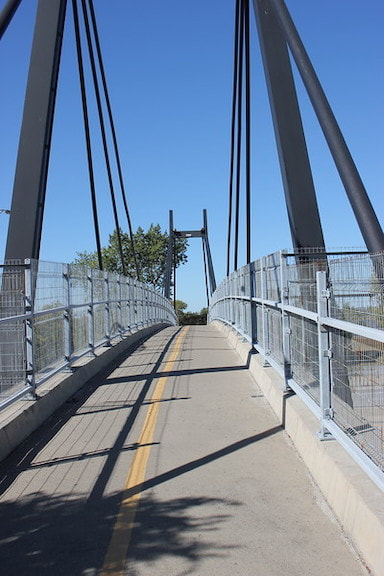 After a lunch break at Tim Hortons, he took a few photos of the seaway and the view of Montreal from the South Shore. 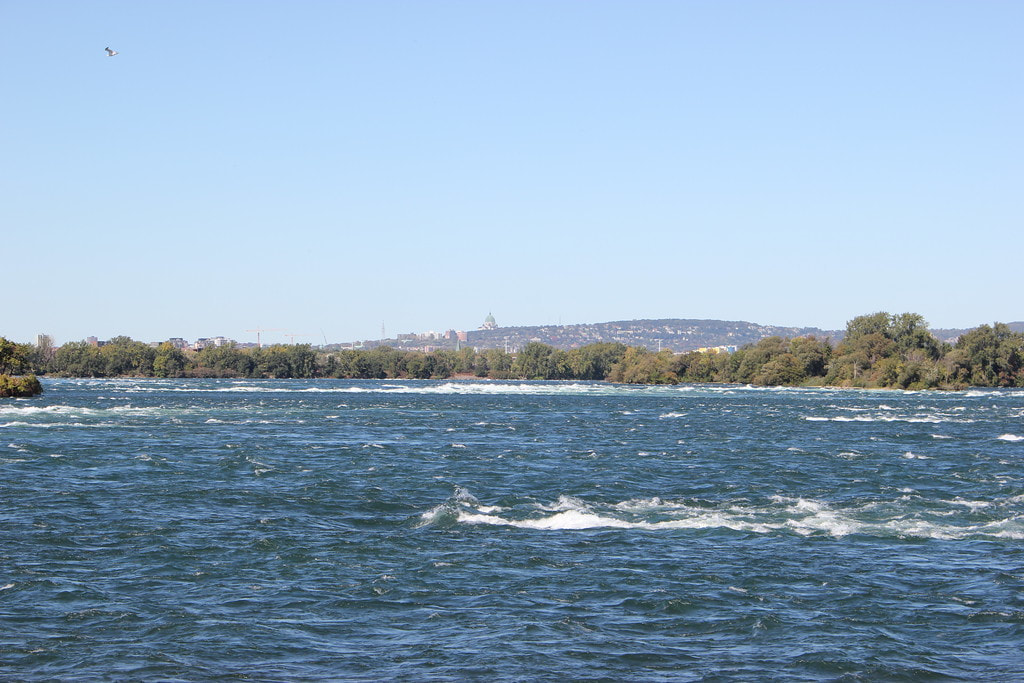 The days are getting shorter and 7:00 am is a pre-dawn hour for Montreal in October. Upon arriving in St Jerome, rather than ride north on the P'tit Train du Nord trail and then return on the same route I decided to start at the entrance to this trail and ride back home to Montreal.
The trail follows close to the rail line to Sainte-Thérèse then there are a variety of different path types before the bridge to Laval.
The total length of the trip (including a few wrong turns in Laval) 72 km.

As it has been a number of weeks since the two members had been on a Fixture ride together they spent some time at the Shaika Cafe catching up on news. The route to the former Quarry was chosen by the north side of Mount Royal. We were made comments about about the architecture of various Montreal landmarks we passed along the way such as the Rialto Theatre. 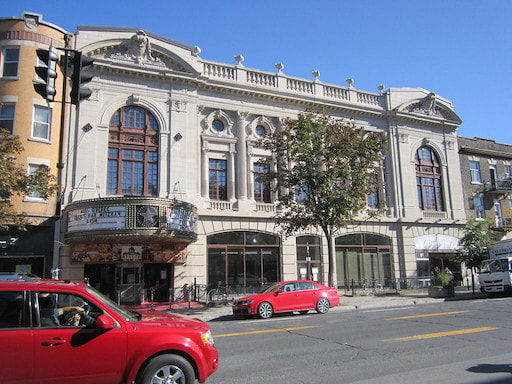 Upon arriving at the former Miron Quarry the architecture conversation segued into the various buildings around what will become Parc Frédéric-Back. We stopped and looked at the historical bike collection at the Taz Skateboard Arena and the new indoor soccer field.
We noticed that parts of Parc Frédéric-Back are now open and have an interesting Ball design for the methane gas collecting pipes.
We also stopped by at Tohu theatre which was in the midst of preparations for an upcoming Auto Show. Our MBC uniforms seemed to give us instant access to the circus museum and show floor.  We returned via Parc Mount Royal.

We met at Montreal Central Station for 4:50 pm train to Ottawa.   The bicycles were easily handled by the Via rail staff who took the steeds on to the train for us. 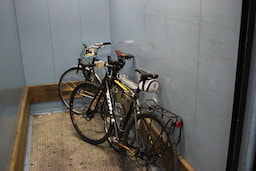 When we arrived at Fallowfield rail station it was dark and we made our way by our steed's faint head lights to the Lone Star restaurant. There we had supper and discussed the upcoming trip. Around 9:30 we continued on to the night's lodgings at Cathy's were she and Mile-a-Minute Murphy discovered various common Bishop's friends.

Early next morning we headed out again, first posing for some shots in front of Cathy's house. 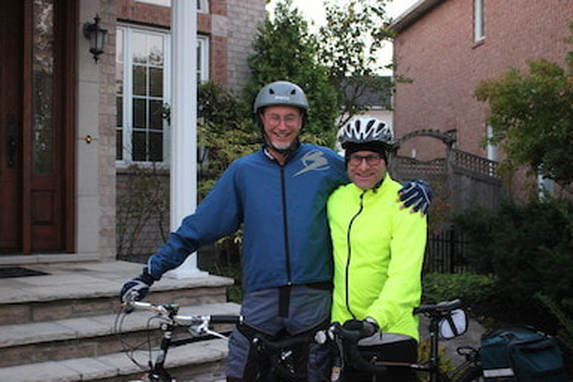 After 14 km of Ottawa city roads we came to the entrance of the Prescott and Russell pathway, a former rail line, now a gravel path with some asphalt sections alongside forests and farmer's fields.  20 km later the "Official" start of the 72 km path began (the total length including the entrance is 92 km). The trail's land is owned by Via Rail which someday may use it for a dedicated high speed train line between Ottawa and Montreal.
The path has a few former rail stations, some wildlife, and lot's of farms and forest.
For lunch and a bit of rest we rode off the trail a few kms to Vankleek Hill which is home to Beau's Brewing Company. In addition to the lunch truck burger we had a few beer samples and tour of the Brewery. 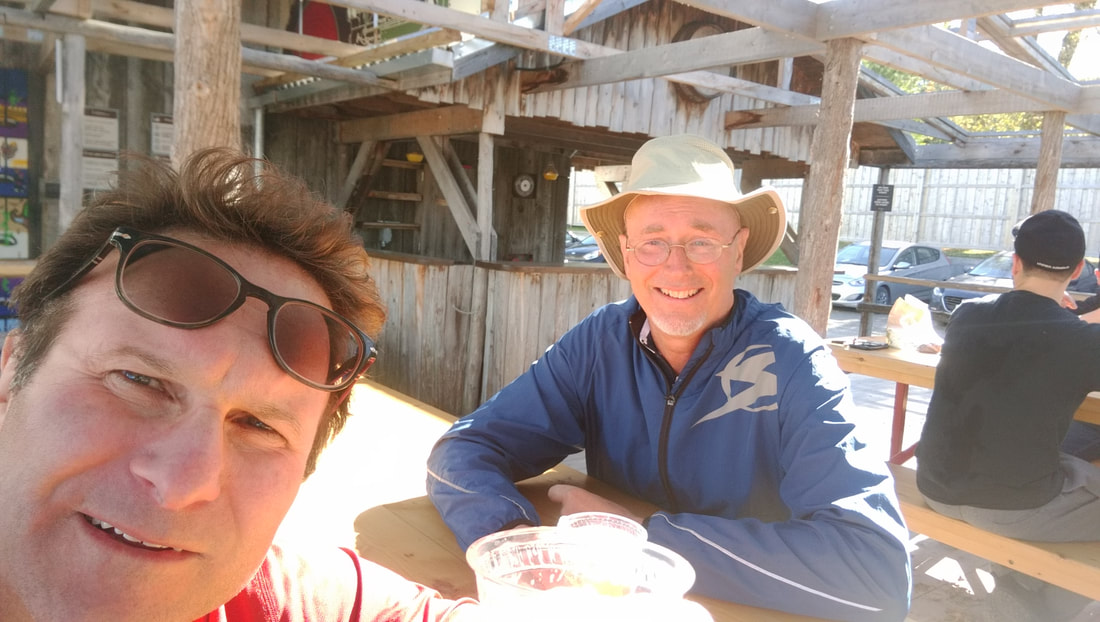 Entering Quebec we passed by Mont Rigaud, and stayed at Mile-a-Minute's summer cottage on the Ottawa river. We arrived at the cottage at 5:00 pm, distance travelled 135 km.
After later start next morning, we entered into the main town of Hudson, then posed for pictures at the soon to be re-opened Willow's Inn.
We posed for a photo at a house in Baie D'Urfe with special sentimental value, helped in the construction of Dalle Park, and arrived just shy of 200 km before enjoying the finishing beer.
Length of ride 200 km
Total Km by members 400 km
Participants 2
27 October Tour Louis-Hippolyte-Lafontaine Tunnel Bicycle overpass along South Shore

The MBC convened at its favorite beanery, Shäika Café. After a detailed discussion of local politics, A.T. and Tibby set off for their destination of the day, the new section of cycling path built on the south shore of the St Laurent opposite the îles de Boucherville. Early in the ride they ventured through the MUHC and down the fire truck entry to the Glen. At de Courcelle and Notre Dame they rode through the support staff for a film shoot taking place. They then went along the Lachine Canal and cité du Havre, taking in views of a cruise ship on one side and Habitat '67 on the other. Crossing over the Concorde Bridge they made their way to the St Lambert Locks where after a short ship-in-the-locks delay they gained the south shore. With a strong wind behind them they easily sailed eastwards even though Tibby had a broken spoke in his rear wheel, no matter. 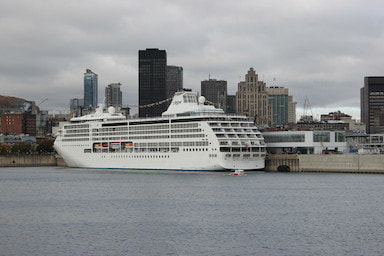 Once past the Jacques Cartier bridge they stopped quite a few times to access and marvel at the new cycling infrastructure, some completed, some near completion. Especially impressive was the new cycling deck and railings opposite the îles de Boucherville. The width was gracious and there were a few riverside rest platforms with benches cantilevered away from the deck to give fine views of the river. A.T. and Tibby turned back with the steeple in the town of Varennes well within view. The winds had dropped significantly and the sun came out of the clouds. The ride back along the same path gave dramatic views of Montreal on the other side of the river: the Olympic stadium, the mountain, a huge grain elevator complex, the container port, the city centre. 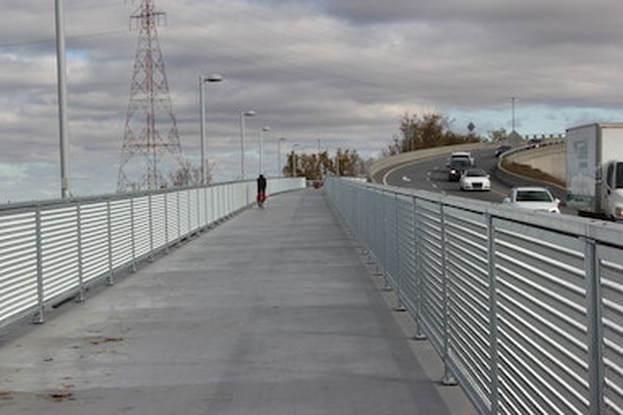 At the St Lambert Locks it was decided to take the Seaway path and return by the Estacade. This proved quite interesting. The members were able to access the progress in building the new Champlain Bridge from many angles. The two most interesting were from directly under the main towers for the cable section of the bridge and from the eastern end of îles des Soeurs. At the latter location, lunch was enjoyed on the wooden chaises longues installed on their viewing piazza. By Google Earth's path measuring tool the total distance was approximately 52 kilometers. There was virtually no change in elevation. 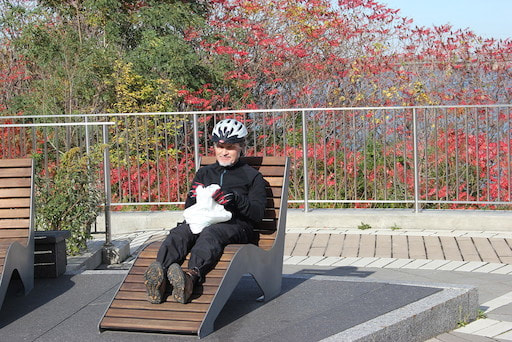 
I went for a good cycle yesterday with my roommate Aidan and former colleague Alex who is now at Perimeter Institute. We took the metro down the Expo line to the stop at La Cienega and Washington Blvds and then cycled along a creek out to the ocean, a distance of about 10km. The bike path out is pleasant in that it is completely removed from traffic, although it was not beautiful until we were about 4km from the ocean, where the creek turned into a proper canal. It ends right at Marina del Rey, which is close to Venice. It was a cloudy day, first in quite some time, but it made for nice cycling temperatures. We then cycled up to Will Rodgers beach, which is north of Santa Monica, perhaps another 10km along the beach. Here the cycling was much more leisurely as the path is more crowded. It is right by the beach and turns quite a bit, very pleasant.

Aidan and I went for a quick swim there, the water was cool and it was hard to warm up without any sun, yet glad we went in. We then cycled back to Santa Monica and took the Expo line metro back to Pasadena.
Length of ride 35 km ??
Total Km by members 105 km
Participants 3