The members met at Shakia Cafe then had a short ride out to st Jacques near Canadian Tire to view the Turcot construction site.  Some new bicycle paths in various points of construction were viewed and discussed.

On December 16, I explored the Falaise St-Jacques in NDG, as part of the Montreal Christmas Bird Count. Although the falaise is part of Sector 2, which includes parts of Verdun, NDG and Cote-St-Luc, it has not been covered in the count for several years.

It was a cold morning, with several centimeters of fresh snow on the ground, but pleasant, with no wind.  Accompanied by Patrick Barnard and Malcolm McRae from the group “Sauvons la Falasie”, I crawled over a snow bank and through a hole in the fence to reach the trail that runs across the face of the falaise.

Below the fence, we walked down a steep gully that is heavily wooded and well stocked with wild grapes. In November, the area had been alive with birds, mainly robins and starlings, but on count morning it was quiet. We spotted a couple of robins.
​
When we reached the path, we headed west to the point where the path reached the bottom of the falaise and disappeared. The path was well-marked by animal tracks, including squirrel and fox. A few chickadees followed us along. We also spotted a couple of downy woodpeckers, and were treated to the sight of both a male and a female cardinal. As we turned around, I saw a hawk gliding overhead, but was not able to make an identification. (Medium-to-large, pale undeside, no tail bars.) We also spotted a flock of about 30 crows flying over the
Turcot years to our east.
We headed back, then continued farther east until our path was blocked by a fallen tree. 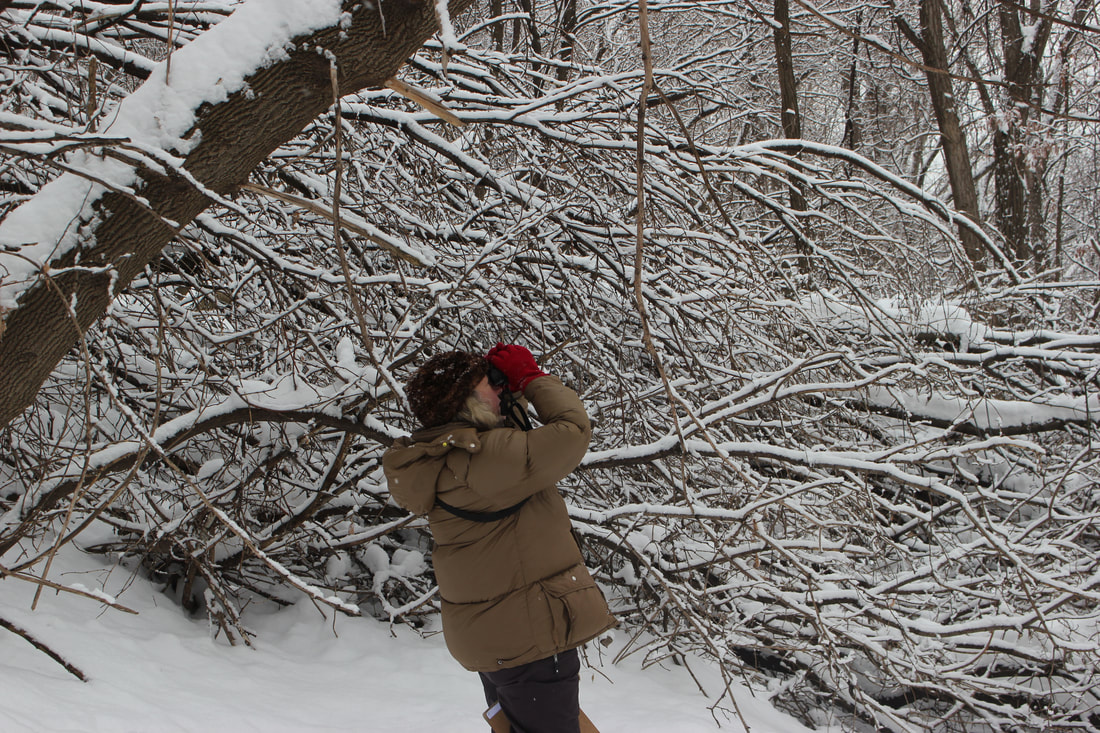 Back to our entry point, then east along rue St-Jacques to Terry Fox Park, which overlooks the eastern end of the falaise. We didn’t see any birds there, but it could be interesting in the spring to look down over the falaise at tree-top level.

Despite the low count this year, I think the falaise has potential and should be included in future Christmas bird counts.

Sauvons la Falaise, a group dedicated to preserving the falaise as a green space.
http://sauvonslafalaise.ca/

About the Falaise St-Jacques:
http://montrealgazette.com/news/local-news/falaise-st-jacques-a-pocket-of-wilderness-in-montreals-concrete-jungle