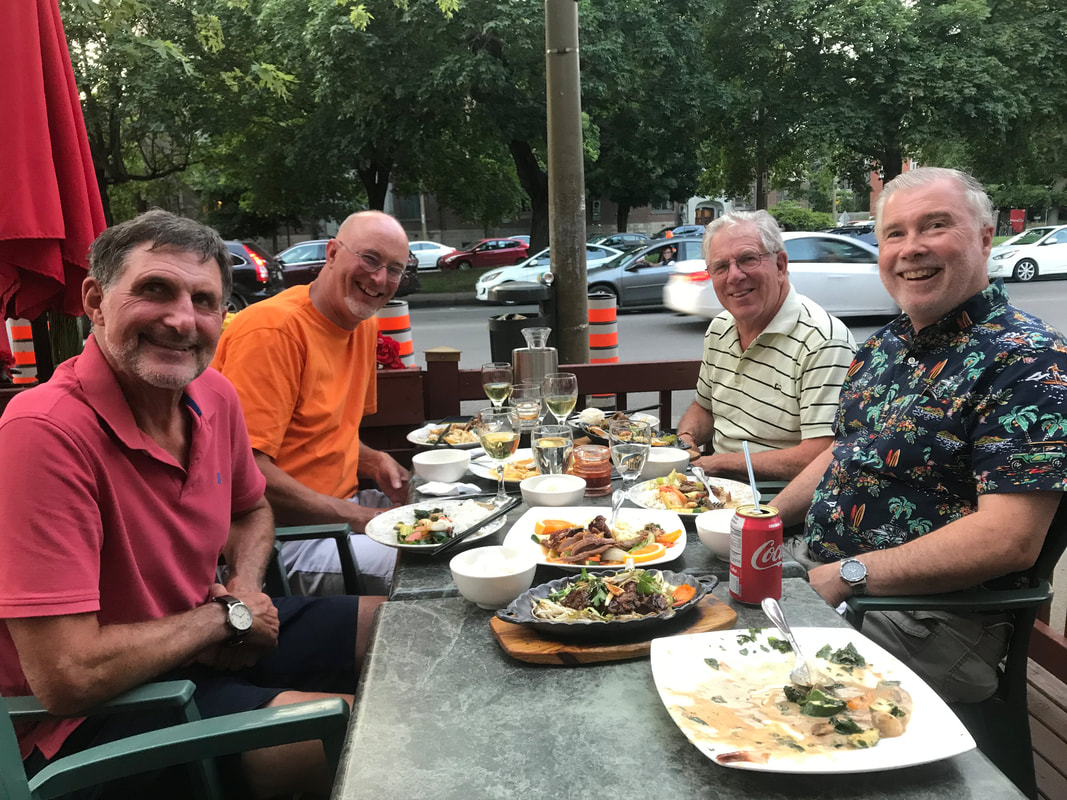 The members gathered for a Send-Off Supper for A.T. and Disreali.  Louis seemed almost tearful about not being able to make this trip and touched everyone by the eloquence of his speech.
19 July , Train to Lac St Jean
Present : A.T. Lane, & Disraeli,  Minutes by A.T. Lane
It is a long train ride from Montreal to Lac St Jean, and the members amused themselves by reading about history of the towns along the way and observing how this train aids the enjoyment of the various sports of the region.
20 July , Lac St Jean to the Saguenay Fjord
Present : A.T. Lane, & Disraeli,  Minutes by A.T. Lane
Distance cycled 118 km
Route
When biking long distances, the club finds it best to get an early start to the day.  Everyone has their own method of preparation for the rigours ahead.
After much pedaling, the members crossed the Rivière aux Sables, knowing they had reached Jonquiere.
Alas however, much more riding was required.  Thankfully we received words of encouragement from a familiar face before doing the final leg to La Baie. Eventually tucking in for the night.
21 July, Boat Tour of the Saguenay Fjord
Present : A.T. Lane, & Disraeli,  Minutes by A.T. Lane
Distance cycled 10 km
Arriving  at the port in good time, the members strolled about before beginning the boat tour.
The ferry stops at various points along the Fjord, picking up additional passengers and the tour guide explained points of special interest before we disembarked for lunch at L'Anse St Jean.
Changing Ferries, we kept a close lookout for marine mammals as we approached the junction of the Saguenay Fjord and St Lawrence river near Tadoussac. 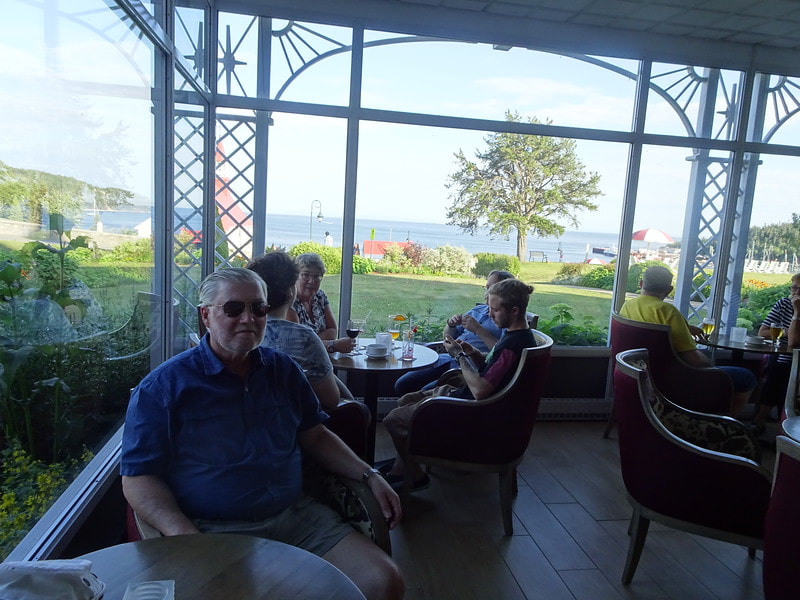 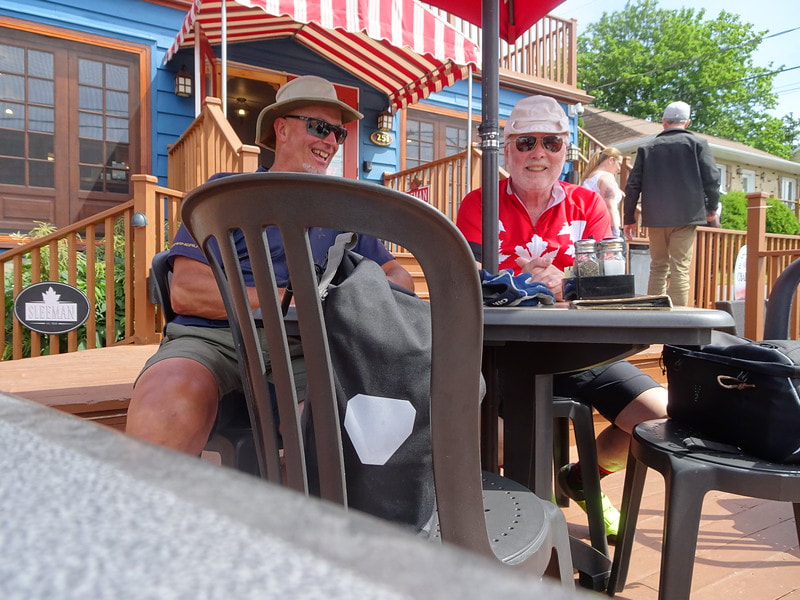 Rather than cycling off to La Malbaie as originally planned, the members did some site seeing near Tadoussac before having lunch.  That afternoon they debated if boxes for bicycles are truly required for buses or not.   It seems that they are not required.  The ride into La Malbaie proved that a wide variety of places to eat were available.
23 July, La Malbaie to Montreal
Present : A.T. Lane, & Disraeli,  Minutes by A.T. Lane
Distance cycled 40 km
While awaiting Train de Charlevoix, we checked out some of the houses near the rail station. 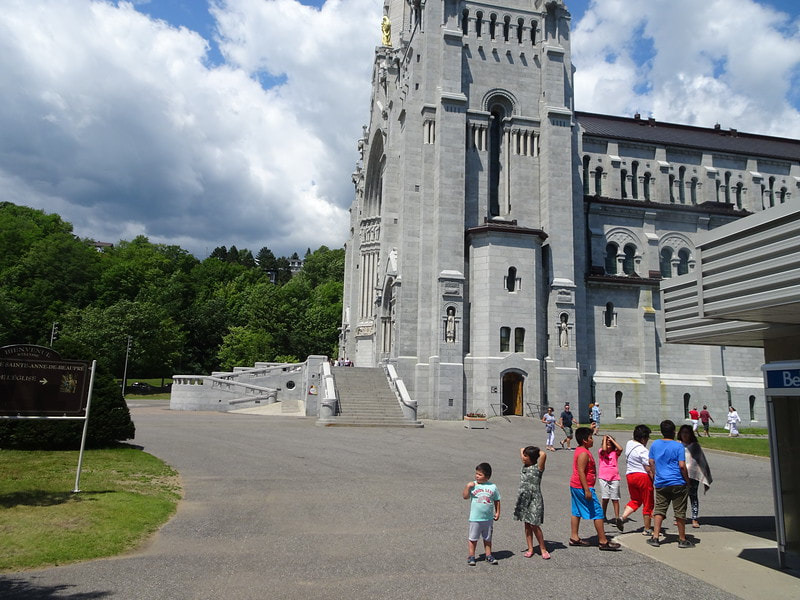 Once onboard, we took in the views of the river until arriving at Ste Anne de Beaupre where we cycled into Quebec city and returned by a Via Rail train to Montreal.