The Queens Park 1899 ICA world championship in Verdun was a watershed event. It was the last time the cycling world championship was held by that organization. The following year,  in 1900, the ICA was torn apart over arguments about amateur vs professional racing and the voting assignment of different countries. That same year the League of American Wheelmen turned over all racing aspects of cycling to its rival National Cycling Association. In 1901 the Union Cycliste International (UCI) based in France took over as the world bicycle racing body and continues in that role to this day.  Cycling organizations in Europe did not decline as badly as they did shortly thereafter in North America. 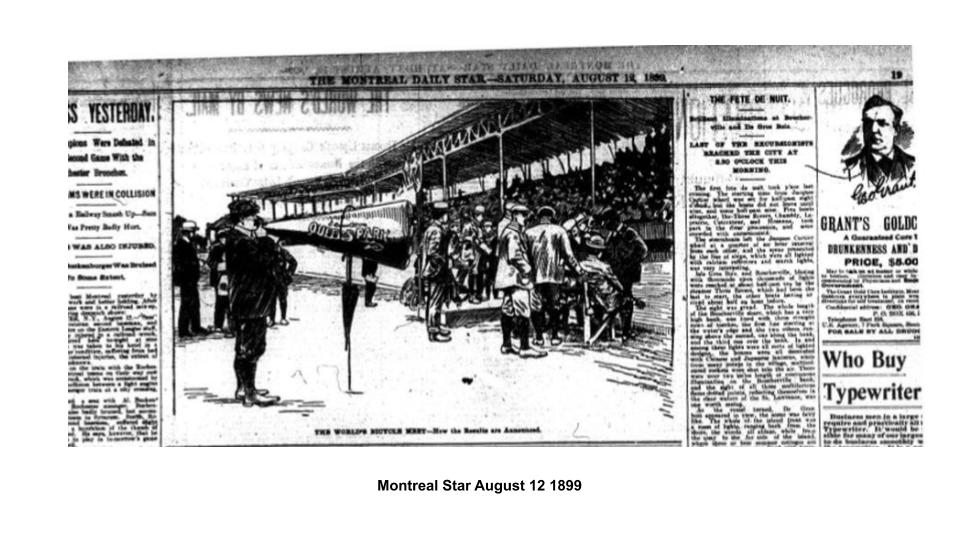 Although cycle racing was in decline after the 1890’s bicycle craze, it did not collapse everywhere at the same moment.  Major Taylor continued to be a sports celebrity. In the early years of the 20th century he had highly successful tours in both France and Australia setting several world record times. Because he refused to race on Sundays however he never again became a world champion.  His 1903 tour in Australia and Europe made him the highest paid athlete in the world. In the 1904 Australian tour, Taylor's rivalry with Floyd McFarland to  be the fastest rider in the world resulted in a nervous breakdown, after he returned to the US. He then retired from cycling for 2 years. He died a pauper in Chicago during the great depression and for many years was forgotten in his home country although he is still well known in both France and Australia.  In the past few decades there has been a resurgence of interest in Major Taylor with a number of books published about him. There is even an association of cycling clubs that have his name. 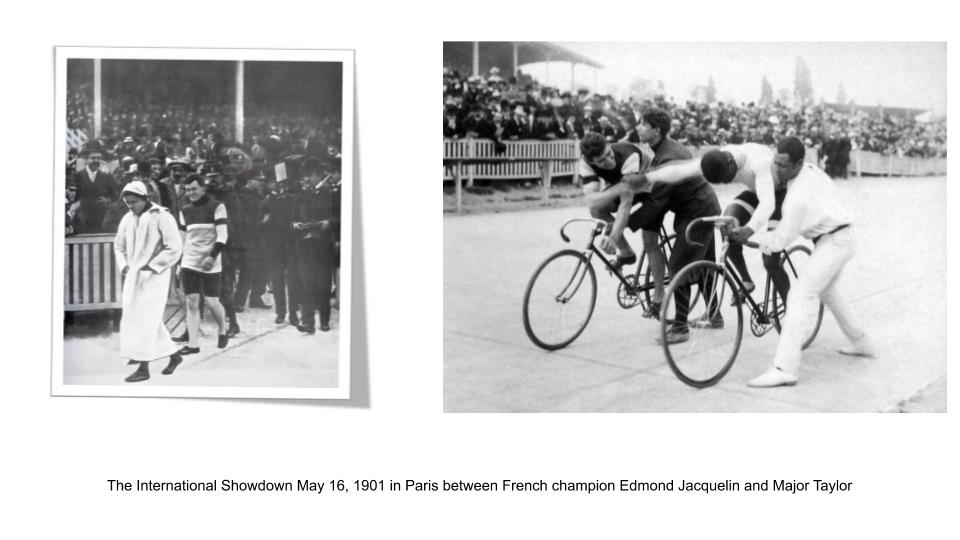 Membership in the LAW had peaked in 1897 years at over 100,000 members. Then it went into steep decline, and by 1902 the LAW dissolved and had only 8,000 members left. Many of its functions such as travel promotion and building better roads were replaced by the American Automobile Association which was founded that same year.  The CWA gradually faded away about the same time. Its last annual Meet was in Winnipeg in 1898.

The last annual report of the Montreal Bicycle Club was for 1901, although the club continued in a diminished form until the first world war.  When the war ended surviving members did not restart the club.

Bicycle sales remained strong in the early 1900’s but the bicycle’s founding organizations which had boomed during the bicycle craze of the 1890’s went bust. The bicycles as a primary mode of transportation in Montreal was not replaced by cars as popularly thought, but rather by the electric streetcar.  Developments in electrification  of streetcars were occuring at roughly the same time as the bicycle development, with the first electric streetcar in Montreal in 1892.   After the 1890’s bicycle craze the main mode of transportation in Montreal became the electric trolley until after the second world war. The Montreal streetcar rails were all removed by 1959 to allow more space for automobiles.

Today bicycle infrastructure is far more developed in Europe than in North America.  I think it is interesting to speculate that if these early North American bicycle organizations had not disappeared, would North American and European cities be more similar today. 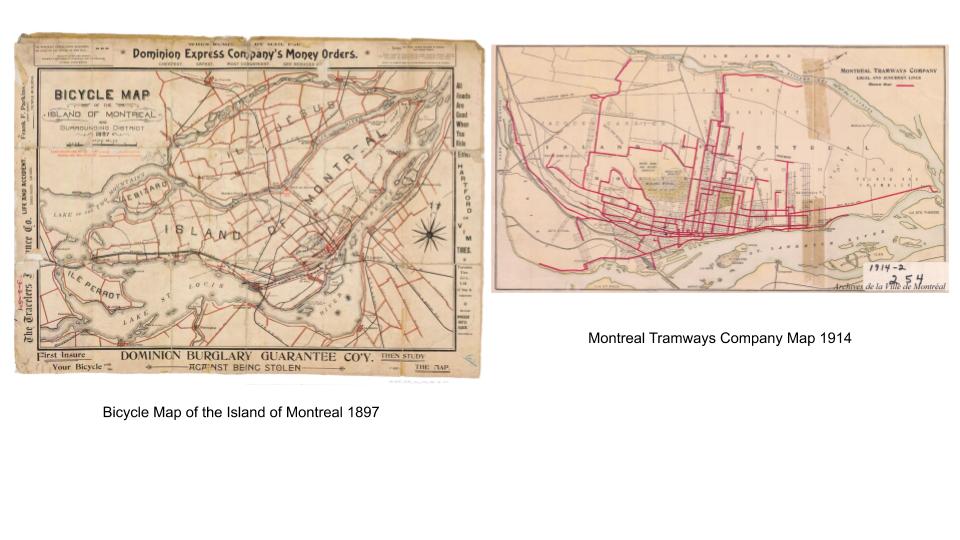