This was the first Fixture ride of the re-founded Montreal Bicycle Club.  The two members met at the Montreal Ouest train station and rode the train to St Constant.  After a morning of visiting the train museum, and riding vintage Montreal Street cars, they headed out for home via the the Sainte Catherine locks and Seaway Bicycle path.  Unfortunately  McRae suffered a flat tire and had to return by train.  Craig continued home by bicycle.


Three members met at Canora Train Station for Deux Montages train station.  They rode from Deux Montages, to Oka, took the ferry to Hudson, and returned by train from Ste Anne. 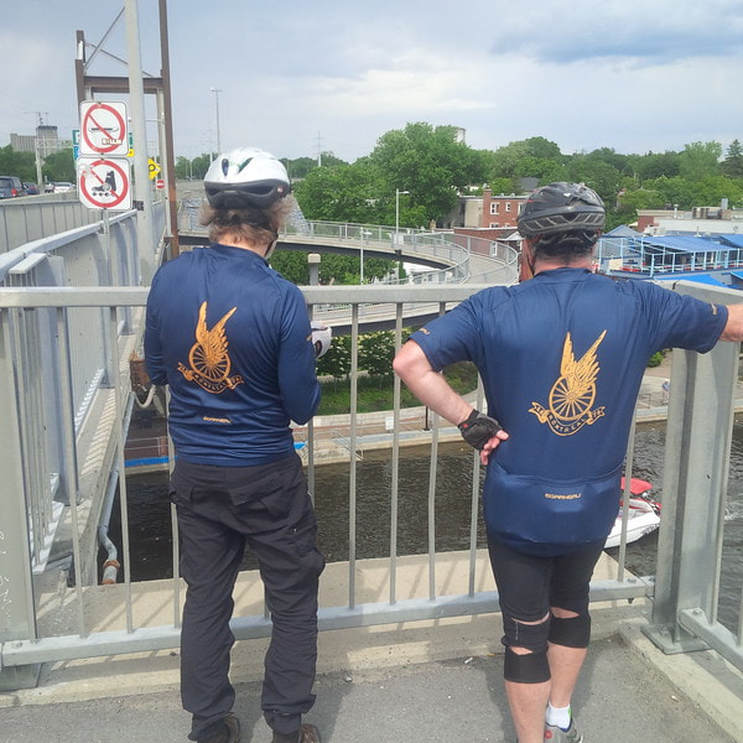