The earliest bicycle, was invented a little over 200 years ago by Baron Karl Drais 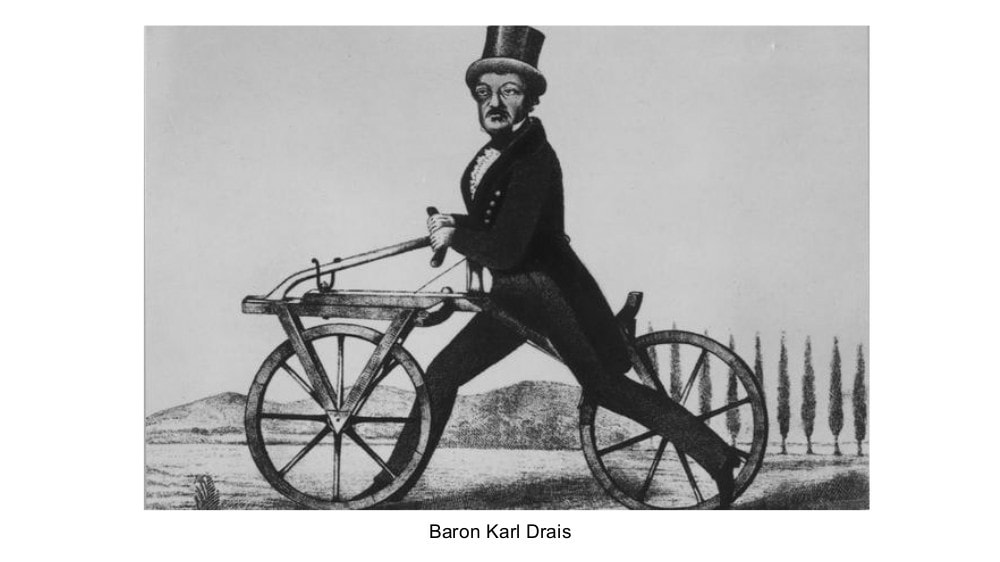 in Mannheim Germany. He was a prolific inventor, of many such things including the meat grinder and one of the first typewriters. Drais was the first person in history to ride on two wheels, one in front of the other. He succeeded in not falling doing this, by allowing the front wheel to turn. With practise, 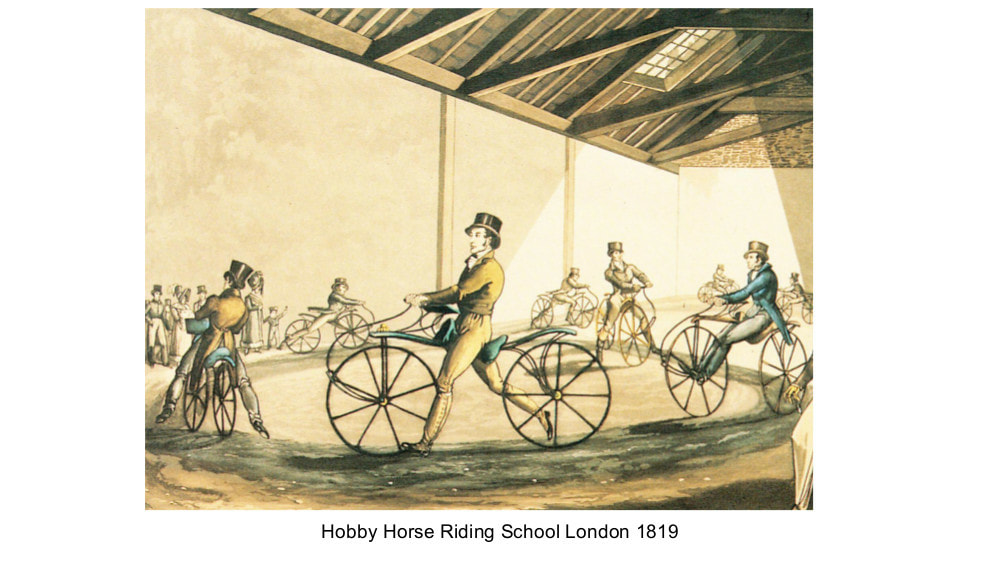 one can learn to balance such a machine while it is in motion, thus the concept of the bicycle was born. Once a person learns this skill, they never forget it. His invention became known as a hobby horse, or dandy horse.

One rode it Fred Flintstone style, and in many countries for it enjoyed a brief popularity. Riding schools were set up in various cities. However when people used it outdoors, the roads were so rutted they took to riding on sidewalks. In the 1820’s bans on riding a dandy horse outdoors were made in Germany, Britain, the United States and even Calcutta India. In 2017 Germany as well as other countries issued bicentennial commemorative stamps. 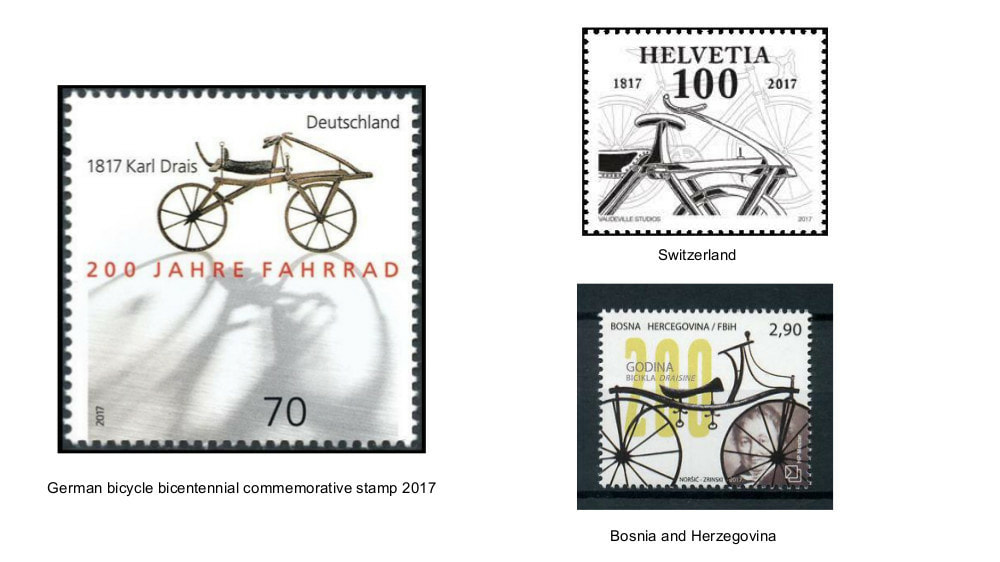 Quoting from Evan Friss "On Bicycles: A 200 Year History of Cycling in New York City"

"Word had traveled from Europe, where velocipedes were invented, that they could be put to practical use, achieving speeds upward of ten miles per hour. The first shipments of velocipedes had already floated to Boston, Baltimore, and Philadelphia, drawing curious crowds in each harbor, and in May 1819 the first of the wheeled contraptions reached New York. It was the beginning of what one magazine would dub “the summer of velocipedes.”

It seems likely that some traveled to our city as well, but I am not aware of any Montreal references to these early machines.
Next