Karolina Kocięcka
Sobriquet used by Isabelle Parizeau
Sobriquets of the Montreal Bicycle Club are not restricted to Montreal.  Some are original MBC members, others Canadians, Americans or British from that time.  A few others were Dutch, French, or South African.  Karolina is our first Polish  Sobriquet. 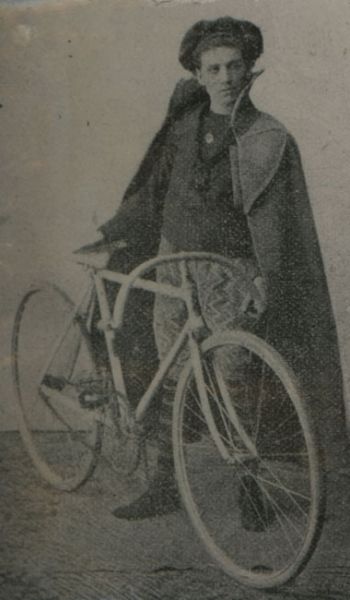 The most famous woman cyclist of the time was Karolina Kocięcka, whose adventures became urban legends. In 1898, she was the first woman to take part in the most popular cycling race in Russia, whose course ran from Moscow to St. Petersburg. She participated in cycling races spanning across the entire Russian Empire, and she was often highly successful in these races. She also made many solitary long-distance tours, such as her Warsaw-Paris-Warsaw journey, when she wanted to see the Olympics and the World’s Fair. This is how she was described in the press:

To the general dismay of mothers and ladies of high society, she began to ride the bicycle at the age of twelve. Back then, in Warsaw, the view of a young girl dressed in men's clothes and a jockey hat was a huge scandal. And this little suffragist not only rode around Warsaw but also trekked about the world and went places where she wasn’t sent to. She competed with men in cycling races, and won! The family cursed her, her friends looked down on her, and this circus-woman continued to ride her bicycle and beat world records 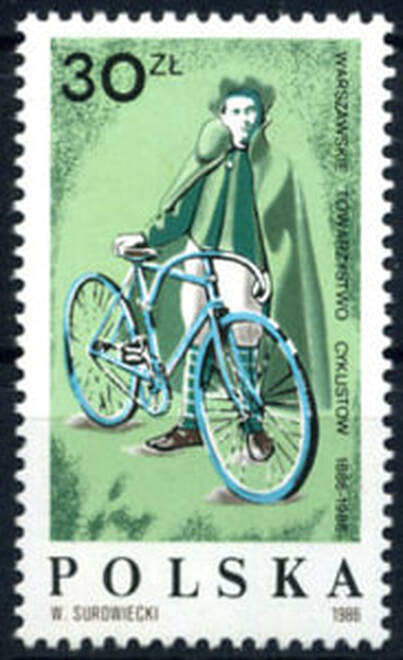