The members took their bikes on the Via Rail train to St Justin, then headed out.
The quiet roads and friendly locals make the St Justin area a club favorite for cycling.
Stopping for lunch and finding scenic rest points along the way back to Montreal. 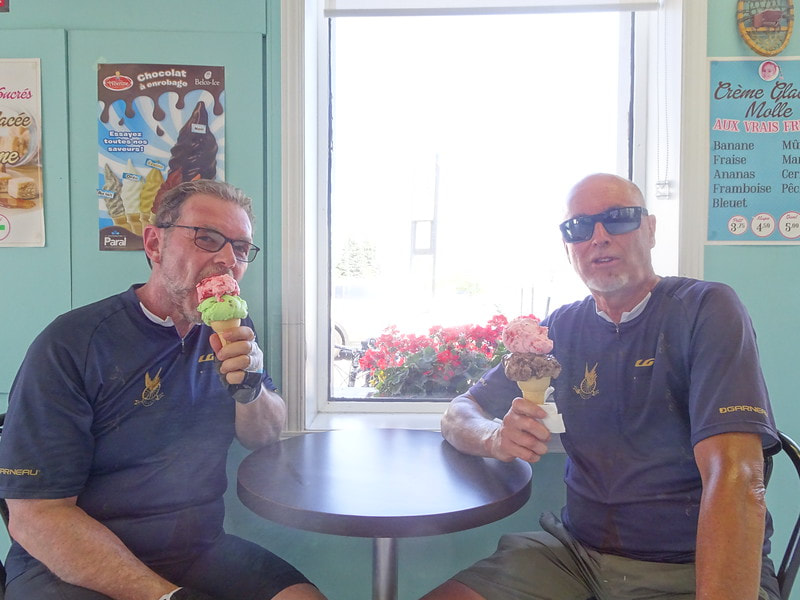 Doing all they could to avoid over heating.
They rode on and on......
Eventually coming to the ferry from Pointe-Aux-Trembles to the Old Port.
9 July Making the Falaise our Own 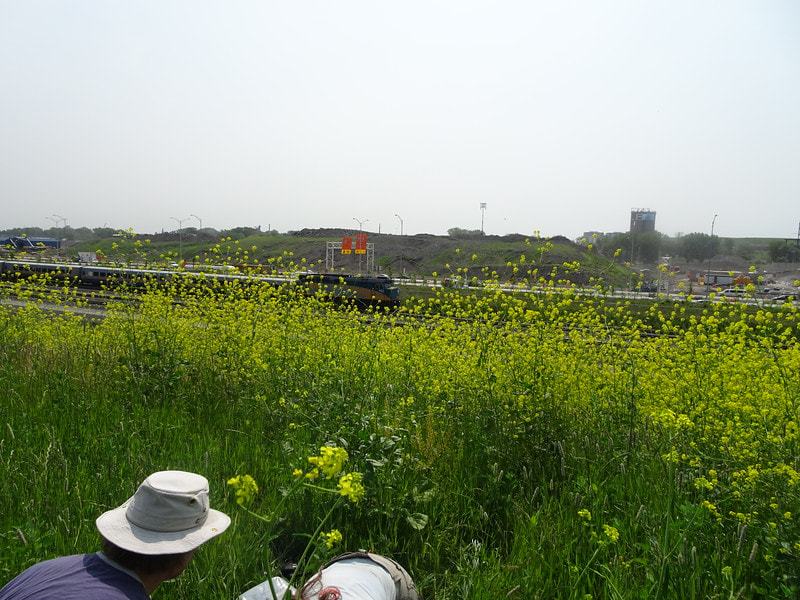 After some discussion before hand, the members found the perfect place to plant strawberry, blackberry bushes as well as an oak tree.
11 July Rain, Aliens and the Shaika Cafe

Present : A.T. Lane, W.G. Ross  Minutes by A.T. Lane
A rainy day, and the members just talked about various subjects in the Shaika Cafe, choosing that rather than getting wet. 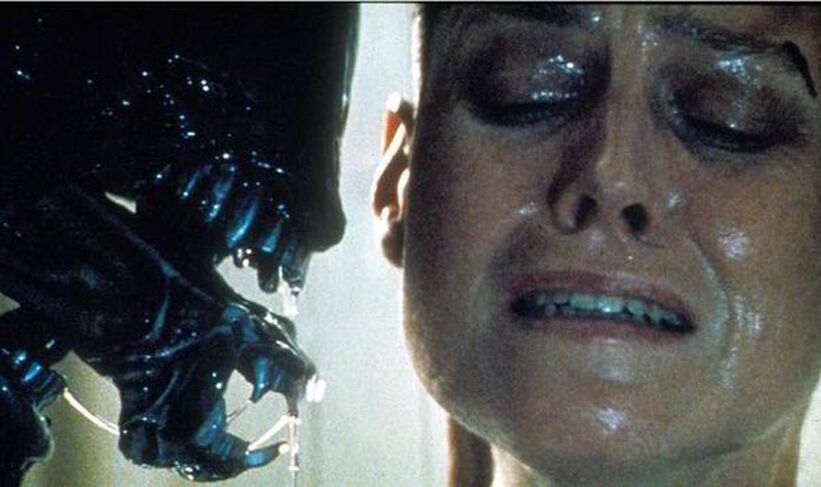 We asked around, but it remains unclear if there is any truth to the rumor of an Alien connection to the Cafe.
14 July Beauharnois

The members gathered at Lachine, taking the ferry to Île St-Bernard, and then headed out on the road to Beauharnois.
At Beauharnois, they took a second ferry to île Perot, making Irish connections along the way, then cycling towards Ste Anne.
28 July Varennes

Present : A.T. Lane, Karl Kron, W.G. Ross,  Louis Rubenstein  Minutes by A.T. Lane
Length of ride 82.5 km
Photos
Route
Karl Kron and his wife Peggy, joined us at the Shaika Cafe for the send-off.  We paused for a few photos of the new Champlain bridge, and waited at the St Lambert Lock to cross over to the South Shore.
After riding on the South Shore trails. the members took advantage of another mode of vertical transportation to cross a highway.
Shortly afterwards, the members discovered a second highway overpass that has recently been completed.  Previously it had only been seen by the club in the construction phase. 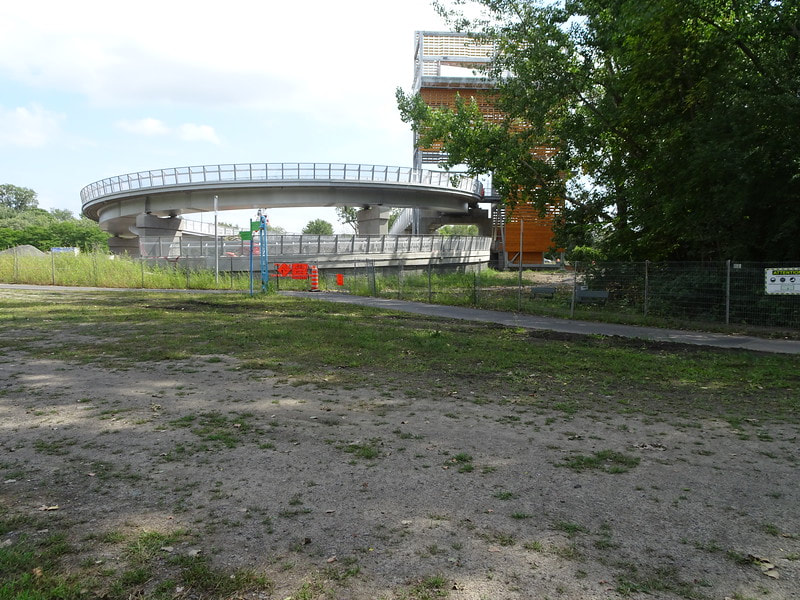 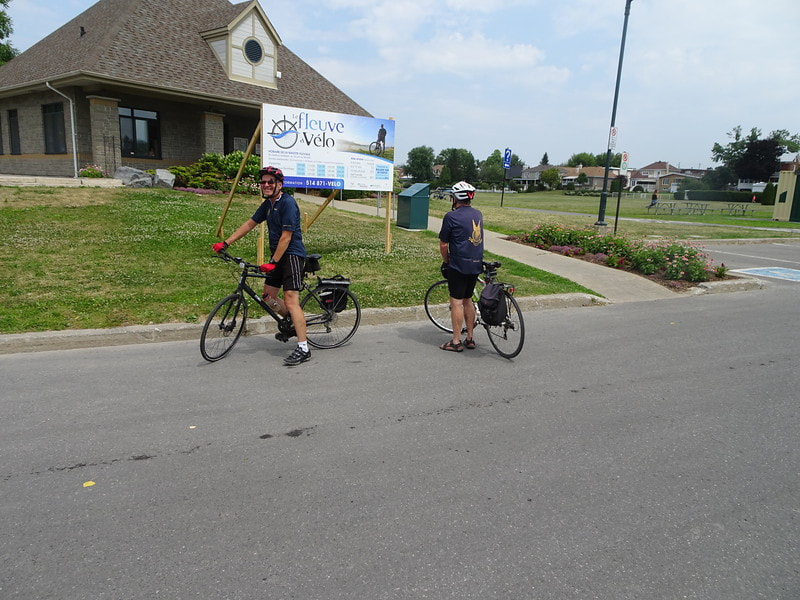 Passing Boucherville sur la Mer, the members decided to push on to Varennes, and take the ferry to Pointe aux Trembles at that point,  They pondered whether anyone has ridden Oka - Mont St Hilarie in a single shot or not.  Alas, upon reaching Varennes, they found that the ferry in question only runs on weekdays.
We took a few photos around Varennes, then headed back to Montreal.
An attempt was made to take the Boucherville ferry, but as it was full, we returned via the Jacques Cartier bridge.
30 July Parc Frédéric-Back


Present : A.T. Lane   Minutes by A.T. Lane
Length of ride 10 km
Not a lot of interest shown in riding out to Parc Frédéric-Back, A.T. Lane put up some Sherbrooke Street Bike path cards instead.