Present :  H.S. Tibbs, Daisy Greville, Anna O'Conner, Aldo Minutes by A.T. Lane
Congratulations to all those present.  Apparently the conditions were perfect, they skipped the coffee and went directly into the skiing.   Photographs were neglected to be taken. 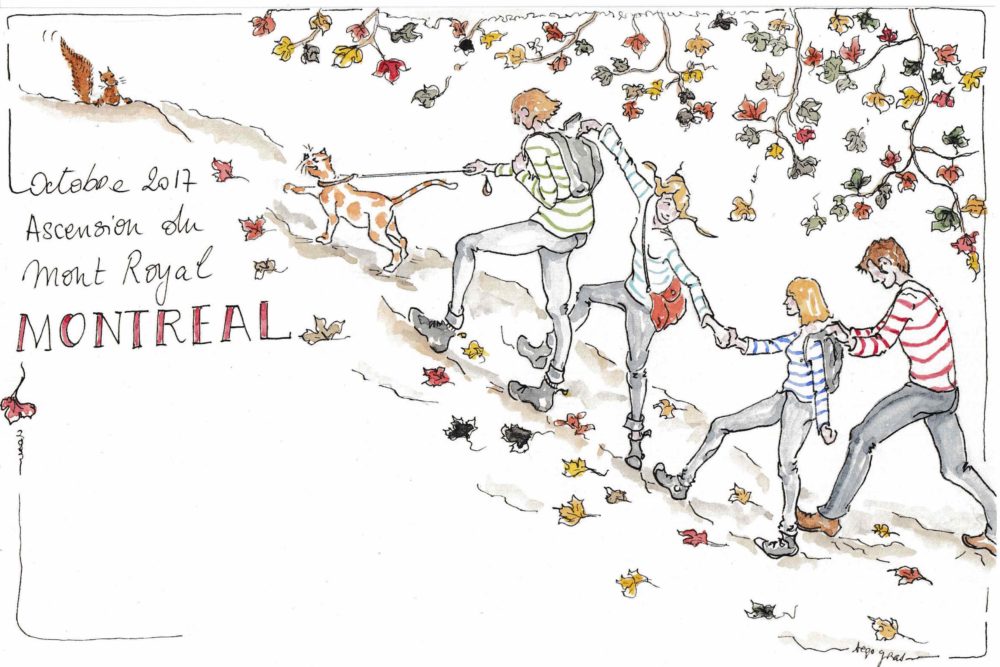 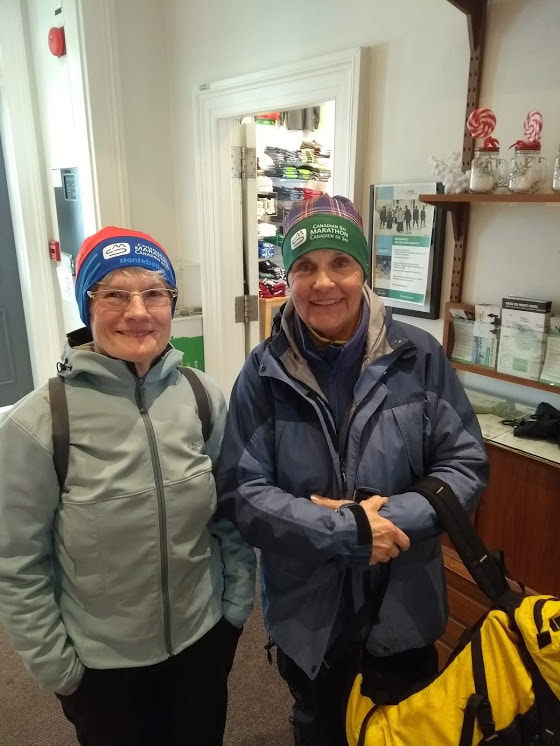 Annie and I went up to Papineauville  on Friday February 08 and checked in at the School where we always stay- securing a floor space in a classroom and putting our foamies down among about 15 other people. Then walked down to the Louis-Joseph where we had the skiers special for supper, then back to the school and lights out by 9 pm.

Up at six for the cafeteria breakfast, waxing of skis and getting the bus to our section start at 0730.

We competed as a team (our team mates Dorthy Cole and Annie Wong stayed at a B&B).

Nowadays we have to be strategic if we want to enjoy the sections we ski on. There are excellent skiers there, and the category of Courier des Bois is growing- and I believe the are faster than ever. So if one wants to enjoy rather than endure the great downhills one has to get on a section at least three hours before those elite skiers arrive there- if one can.

So, we decided to do the last two of the five sections between Arundel and Montebello on Saturday. The Courreurs des bois do not have a choice- they have to start on section1.  In that way we had a beautiful ski through hilly forests. The trails were wide, smooth, and double- tracked, and a small bit of powder on top of a hard base. We skied 28 K in all  and got the bus back to the school.

On Sunday I decided to start on Section 3- It starts at the Riviere Rouge up near Harrington and is the most difficult section of the marathon. I did for old- times- sake. Annie opted for the two that came after it.

Section 3 has always been there in the middle of the map, and we had to do it if we were to get anywhere in the team competitions. I found it  tough and took me three hours. Many Courreur des Bois passed me soon after I started and so the descents became icy, rutted and fast. Though I have loved that section, I think I have said adieu to it. I had dreams of doing three sections that day but  soon realized that two would be sufficient, and besides i would not make the cutoff for the last section. So on Sunday I skied 31.4 K. The hills on the second were scary too.

My take on the marathon is that though there are fewer participants, the quality of the skiing is very high and it is very encouraging to see so many young people including children. It bodes well for the future. Children love the big fast hills.

There are fewer teams competing. I believe we had no competition in our category which is Ladies over 45. Our main opponents who have been coming for the Marathon for many years, changed from that category because they did not want to be competing with us. Now they go in the one called Women Any Age and they won that trophy last year. They believe they may be the oldest winning women competitors in the US (maybe we should verify that fact).
14 February Skiing on Mont Royal 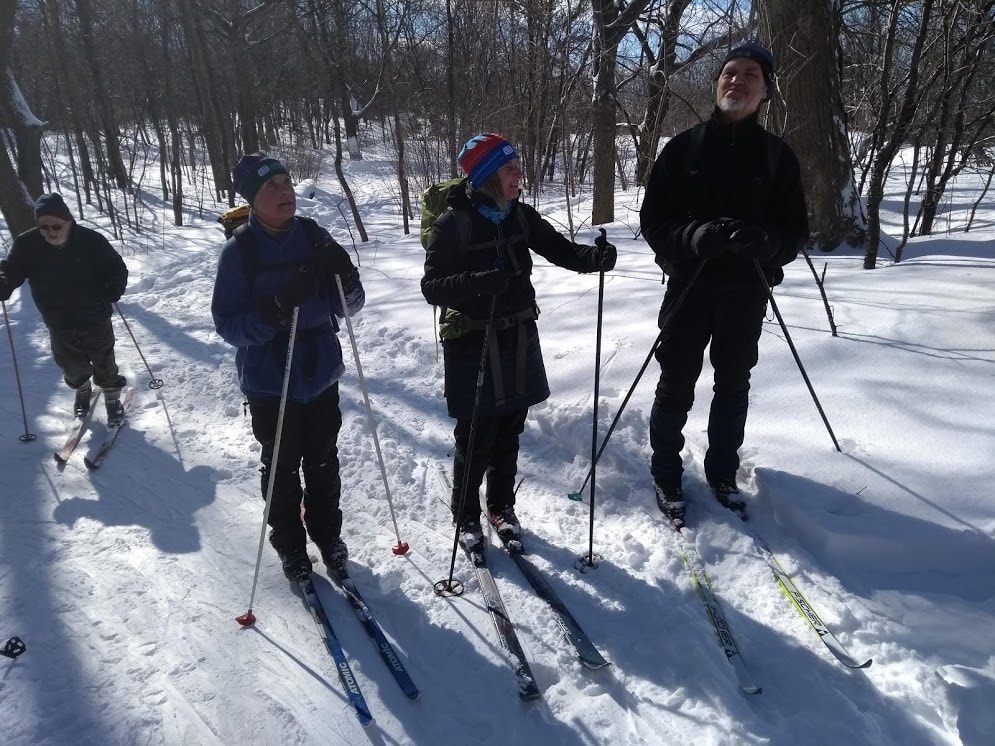 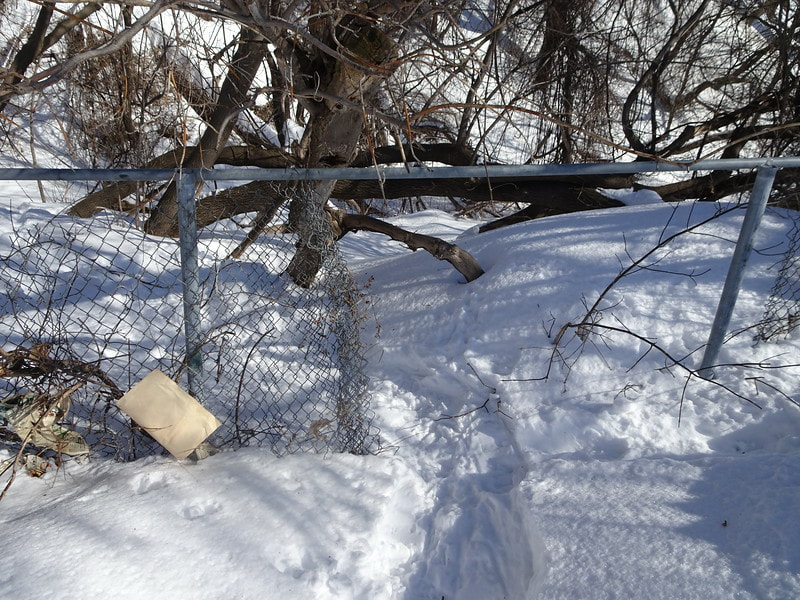 They had to contend with the treacherous, icy, conditions near the Hole in the Fence.
The steep. obstacle laden descent.
Before arriving at the first shelter.
More obstacles, and casualties along the trail.
Finally posing for photos after a successful tour.
21 February Skiing Along the River

Present :  A.T Lane, Annie Londonderry, Louis Rubenstein, & Susan B. Anthony Minutes by A.T. Lane
Photographs
The members met at Vendome for a quick train ride out to the LaSalle station.
They walked past the Mercier Bridge and then started skiing at the trail head.
Stopping for lunch along the way.
They continued on skiing downstream.
Eventually making it to de l'Église metro.  (Some having taken the Autobus) 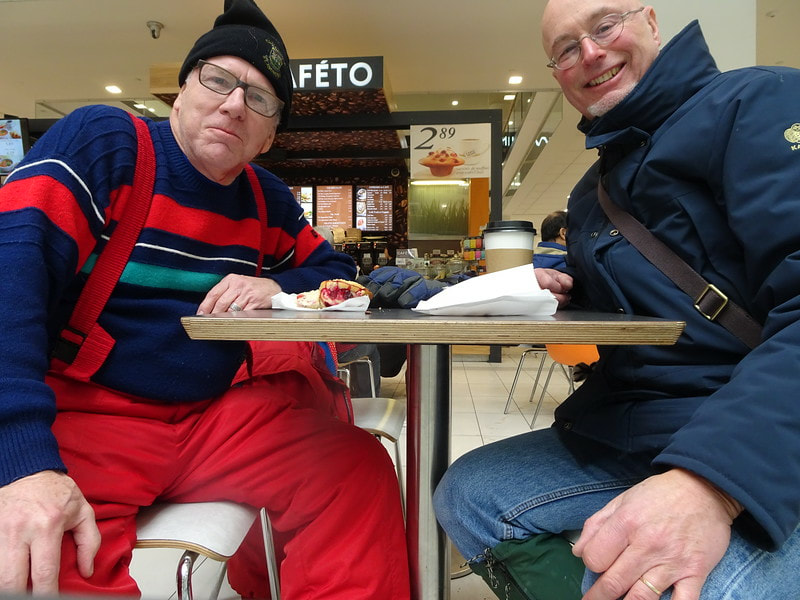 Finishing the day at an Après ski Cafe.
27 February Skiing on Mont Royal

Present :  H.S. Tibbs, Annie Londonderry,  Alice Hawkins , Susan B. Anthony, A.T. Lane & Aldo Minutes by A.T. Lane
Another day of skiing on Mont Royal, conditions were rather fast (icy).    The group split up with some finishing by climbing the stairs.