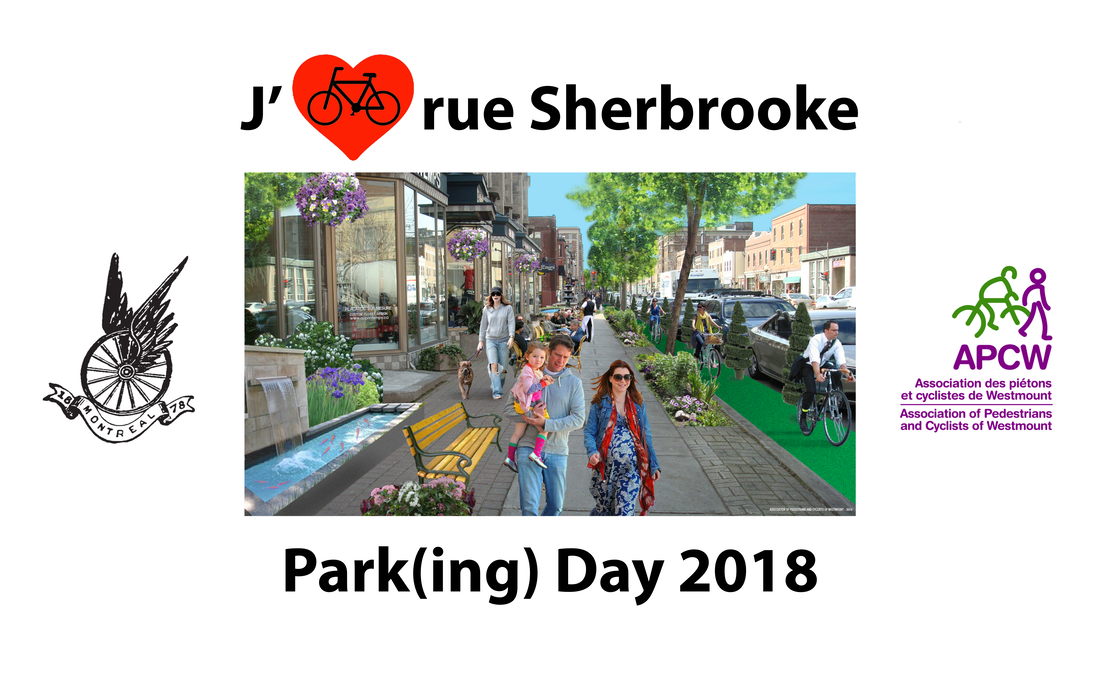 Members Present : (with Sobriquets) W.G. Ross (for Penny Farthing pick up), H.S. Tibbs, Louis Rubenstein, Daisy Greville, Mrs McCormick, Queen Victoria  & A.T. Lane
(w/o Sobriquets) Dan Lambert, Marilynn Gilles, Jason Savard
Minutes by A.T. Lane
Length of ride: 0 km
Photgraphs
After unloading and setting up our "Eye Catcher", the weather rapidly changed from a light shower to heavy rain.
However thanks to some quick thinking by Westmount city officials we soon had a roof over our head, and Louis was keen to pose with the Penny Farthing.  The Scouts next door to us are made of sterner stuff and seemed prepared to sit outside in all kinds of weather.
Thus prepared we got down the serious business of chit-chatting with passers by and encouraging them to pose on the Penny Farthing.  Quickly the weather and spirits improved.
Photos of the cyclists of Montreal's Sherbrooke street were laid out on the sidewalk, cookies and brownies distributed, guest book signed and an informal poll to the question "Do you support Cyclists having safe access to Sherbrooke Street? " was asked.  No surprise that the overwhelming majority of people do.
By 3 pm it was time to pack up the Penny Farthing and return it home to TAZ.  We wish to thank TAZ for allowing us to use their bicycle, the city of Westmount for sponsoring Parking Day, and everyone who volunteered time or baking of cookies for the event.