The bicycle was first to use many mechanical elements such as the chain drive, pneumatic tires and the first patent for ball bearings.  Surprisingly however the wire spoke wheel was not first invented for bicycles but  rather for use on gliders in 1808, almost 100 years before bicycle mechanics Wilbur and Orville Wright first flew a motorized airplane. 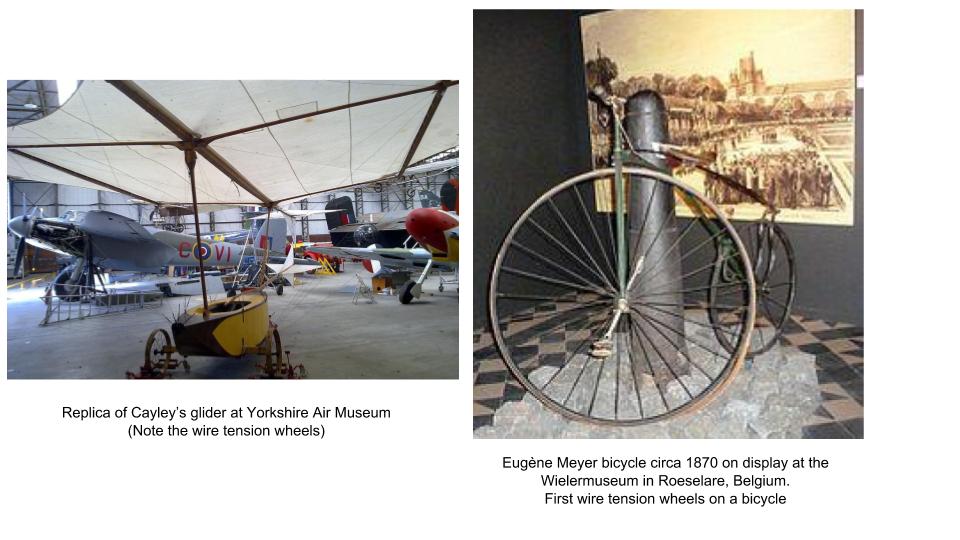 It was not until the late 1860’s that Eugene Meyer of Paris was the first to adapt wire spoke wheels for use on a bicycle.  These wheels were lighter and stronger and could be built much bigger than the previous wagon wheels used before. The Penny Farthing, or High Wheel bicycle as it was called at the time, with it’s large front wheel and a seat almost 6 feet above the ground was born. The large front wheel made the machine much faster, as the distance travelled with each turn of the pedal was greater.

High wheel bicycles were invented in France, just before the Franco Prussian War, but England was the center of the industrial revolution and much of the Penny Farthing’s later development occurred there.  James Starley of Coventry, after seeing one of Meyer’s machines, made many incremental improvements to the same basic design. He is now regarded as the father of the British cycling industry. In 1871 Starley rode one of his Ariel style bicycles 100 miles from London to Coventry.  He started at sunrise, and arrived at midnight. This was the first practical human powered machine that was capable of long distance travel that was faster than walking. 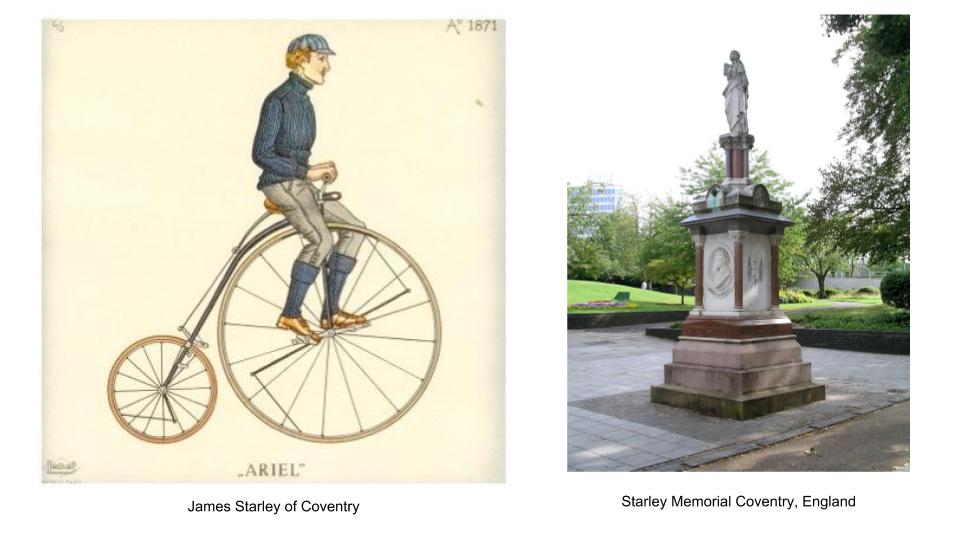 Now picture the sensation this man created, riding high above the ground, on primitive road surfaces and at high speed. To Quote Karl Kron, a bicycle writer of the time:

“All creatures who have ever walked have wished that they might fly. With high wheelers a flesh and blood man can hitch wings to his feet.”
NEXT