Present : A.T. Lane, Dr. Parry E. Doolittle , F.M.S. Jenkins, Elsa von Blumen,  & Exilda Lachapelle,  Minutes by A.T. Lane
Photos
1 September Orillia to Midland
Present : A.T. Lane, F.M.S. Jenkins, Elsa von Blumen, & Exilda Lachapelle,  Minutes by A.T. Lane
Distance cycled 60 km
Route
The members had gathered in Orillia's Couching Beach park to ride the Simcoe County Loop Trail.  Lacking  a monument to mark the starting point of the trail they  quickly made their own, and dubbed it Malcolm de Champlain.  The iconic Samuel de Champlain monument having been removed by Parks Canada.
However many of the other iconic items of  that park remain.
Riding along the trail, they were greeted by donkeys. horses and Wooly Bear Caterpillars.
Eventually stopping in Coldwater for lunch.
Meeting fellow cyclists along the way, A.T. took the opportunity to cool off upon reaching Georgian Bay.
As they approached Midland, they noted the absence to markings when the trail crosses a road, as well as the historical Ste Marie among the Hurons. 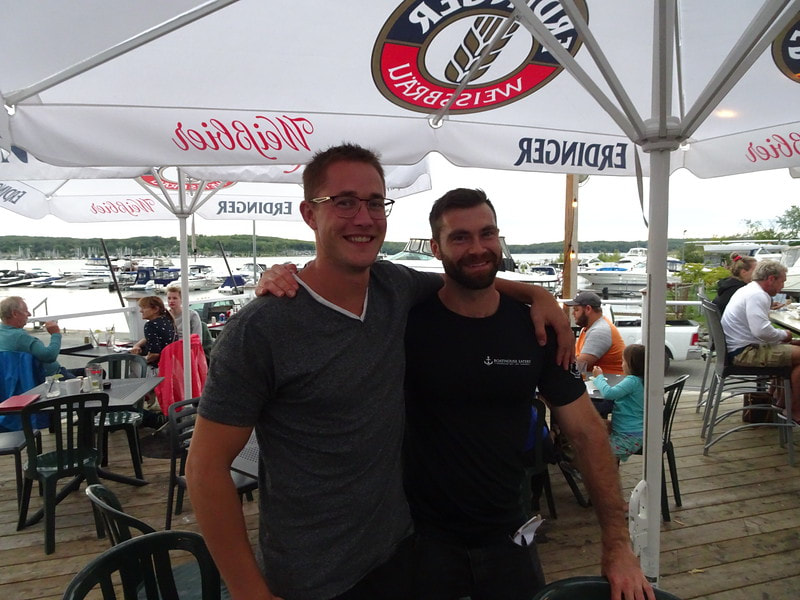 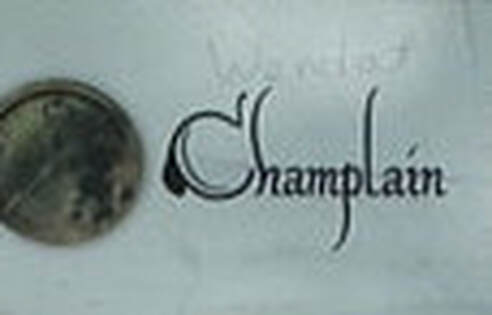 Passing Penetanguishene, heading south, we found some of the most pleasant cycling trails anywhere, and meet more cyclists.  The name of the Simcoe county trail varies along the way, this portion is also named the Champlain Trail.  The marker sign had been altered to suggest the name be changed to Wendat Trail, a name I think should be given to the entire Loop. 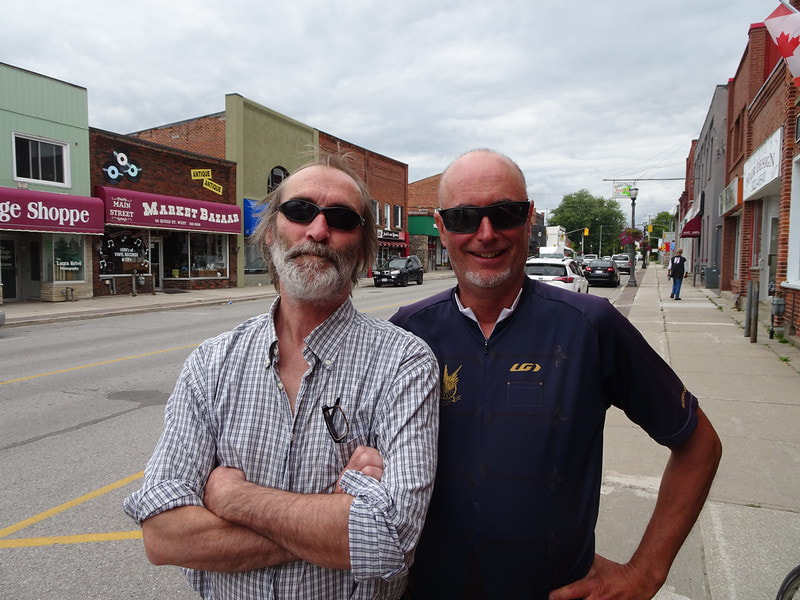 At Elmvale, there were more animals to pet, houses  being built that divert the bicycle path, wild apples to eat and old friends to see.
Between Elmvale and Barrie, the quality of the trail path varied greatly.  At some points it was so difficult to ride we crossed over to roads.
We entered Barrie via Dunlop street, a road completely lacking any bicycle infrastructure and crossed highway 400.  Stopping for a quick rest, we continued on to Orillia via the Lake Simcoe waterfront. 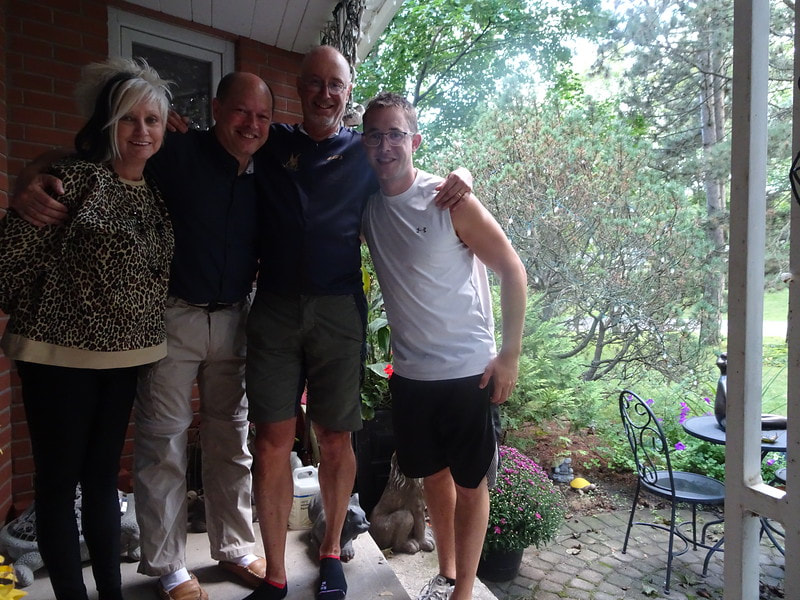 The bicycle route from Barrie to Orillia looks completely different than what we are used to seeing in a car.  Dr. Doolittle rode down from Orillia and met A.T. & F.M.S. part way along the path.  we all returned together to our starting point, Couchiching Beach Park.